Shani Dev or Saturn is one of the nine planets in Hindu astrology and the most feared God. Shani Dev is considered as the Lord of justice.  He is believed to punish or reward humans according to their deeds, punishment for bad deeds and rewards for bad ones. He signifies penance, discipline, and spiritual austerity.

Shani Dev is considered to be dark-complexioned but a handsome deity, with a scepter in his hand representing the rule of justice. Shani is the son of Lord Surya or Sunand his wife Chhaya. Yama is his brother. Shani Dev is an ardent devotee of Lord Shiva and a great friend of Hanuman. Shani Dev is considered pleased with the puja of Lord Shiva and Hanuman. Shani Dev does not have a cordial relationship with his father Sun.  Lord Sun was not pleased to see the new con Shani as he was dark-complexioned and even doubted him to be his own Sun. Newborn Shani got angry at the insult of his mother and he cast an evil eye on Lord Sun, causing an eclipse on Sun making him dark for some time. After that, the father-son duo never had good relations,

Shani is feared for his crooked vision or vakrdrishti and the phenomenon of Sade Sati. Shani casts his vision on the third planet from his position in a horoscope. This phenomenon is considered inauspicious and harmful. The effect of that house or planet is reduced considerably. This causes mental tension, physical ailments and the person does not feel like doing any hard work. This crooked vision or the vakrdrishti was caused due to the curse of Shani's wife.

Saturn is addressed as the most malefic planet, when it passes through the Moon that is considered as the lord of mind and emotions, suppresses the thought process, and clogs the mind from thinking rationally and taking right decisions. The irrational decisions taken during this phase brings troubles and adversities in the life of the person. This period can change the fate of the person completely. A king can become a beggar, if favourable; a beggar can become a king. The Sade Sati has three phases; Rising, Peak, and Setting. The results depend upon the sign through which Saturn is passing.

Worshipping Saturn and God Hanuman helps in reducing the bad effects of Sade Sati. Chanting the Mantra of Shani is beneficial. Reading Hanuman Chalisa on Tuesdays and Saturdays are of great help. Donating black grams, chana dal, black clothes help.Astrological examination of a horoscope along with remedies advised by your astrologer becomes necessary.

Consider freeing a bird from his cage. Offer mustard Oil to the lord. Worship him on Saturdays. Wear powerful ornaments.Donate to the poor.Worship the Peepal tree. He loves Jaggery. 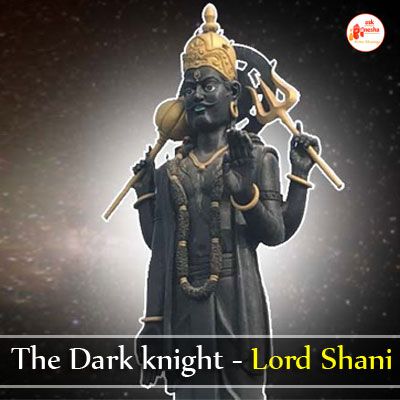