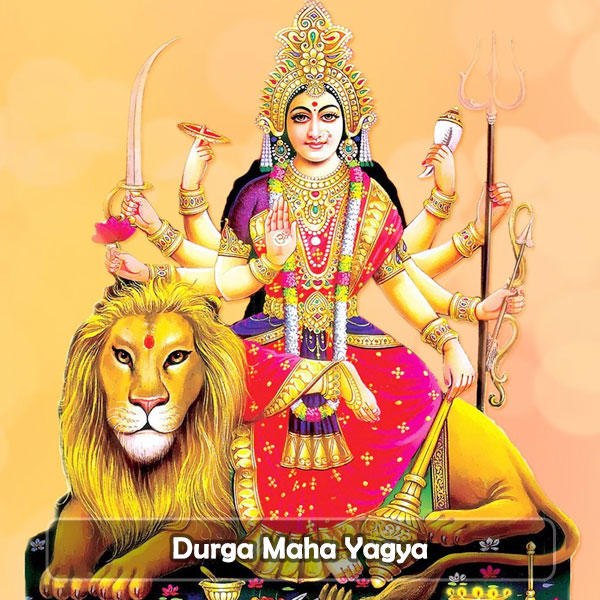 Maha Durga Yagya is very complex but a potent Yagya. As one performs this Yagya, it brings huge affirmative energy in the devotee. Performing this Yagya is a matter of great value and honour. This Yajna has the capacity to fulfil the desires of all the natives and help them in the way that makes them excel in their activities.

Perform Maha Durga Yagya to win in competitions and for removal of black magic.

Benefits of this Yagya:

Maha Durga Yagya denotes Maa Durga. She is the destroyer of tragedies, ignorance and other ill effects of life. It helps to attain peace and spiritual attainment in life. This Yagya is very beneficial for removing the imminent danger, court cases, and political prosecution.

Maha Shakti Yagya is performed in order to appease Maa Durga to get the power of the Divine Mother which is bestowed upon you and helps you during difficult times. This Yagyam has the power to exchange all the harmful energies into an optimistic one and revive the environment with great passion and excitement. All the negativity is transformed into positive vibrations.

The performance of Maha Durga Yagya minimizes the obstacles in the path of your achievement. This makes it simple for you to undertake the activities successfully. Maa Shakti Puja Yagya helps to ward off everyday troubles one faces in life and makes it simple to carry out further in a successful way. It combines the powers of the divine mother Maa Durga in the devotees' life.

Ma Durga is worshipped in this Maha Durga Yagya in order to please her. She then blesses the individual with plenty of positive energy and achievements in life.

Having felt miraculous benefits of Maha Durga Yagya, some of our regular patrons, who are at the helm of affairs, order this Yagya at the regular intervals. This highly potential Yagya especially when done during auspicious times is chosen for this Yagya and become more potent and is able to give astounding results. 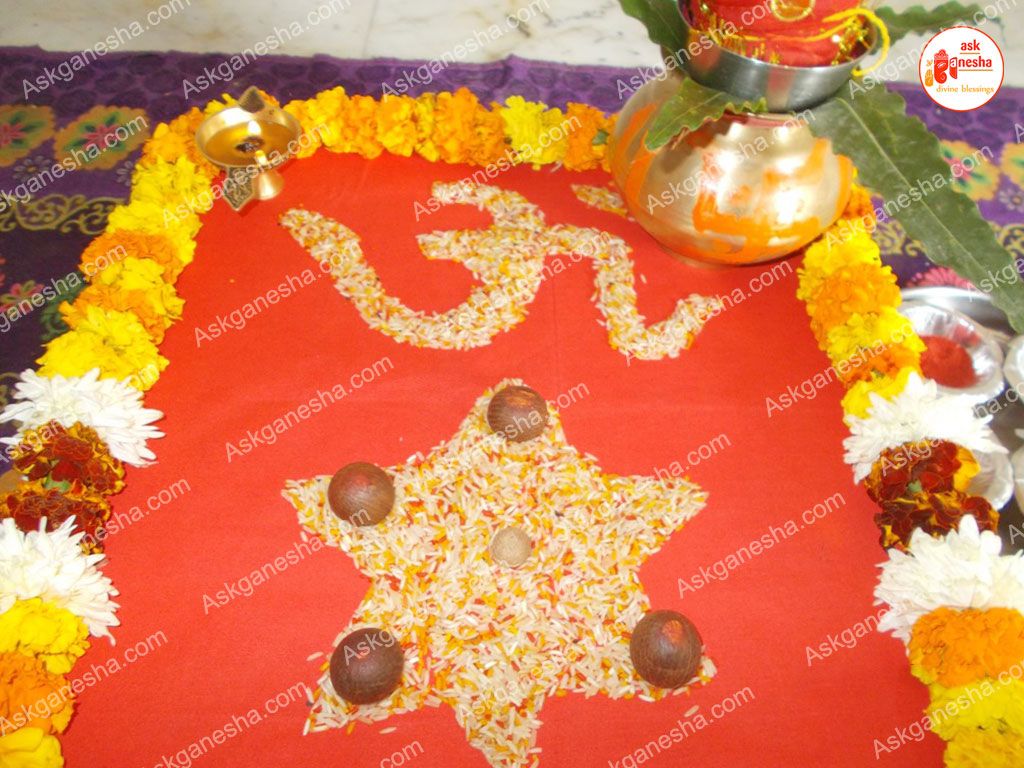 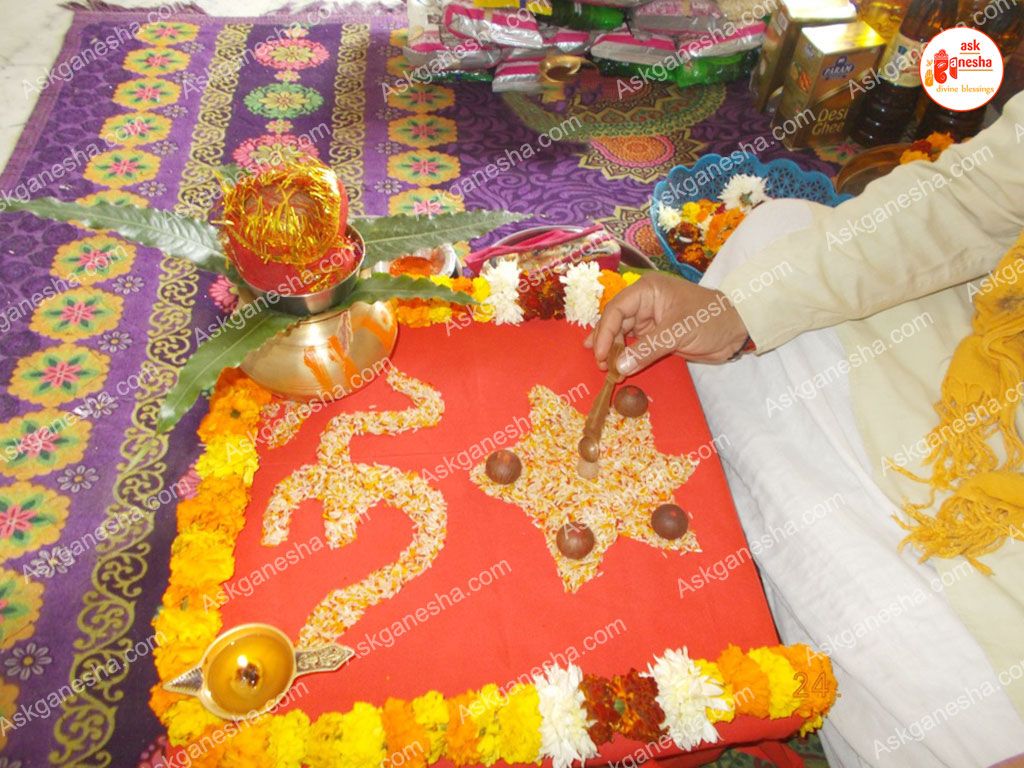 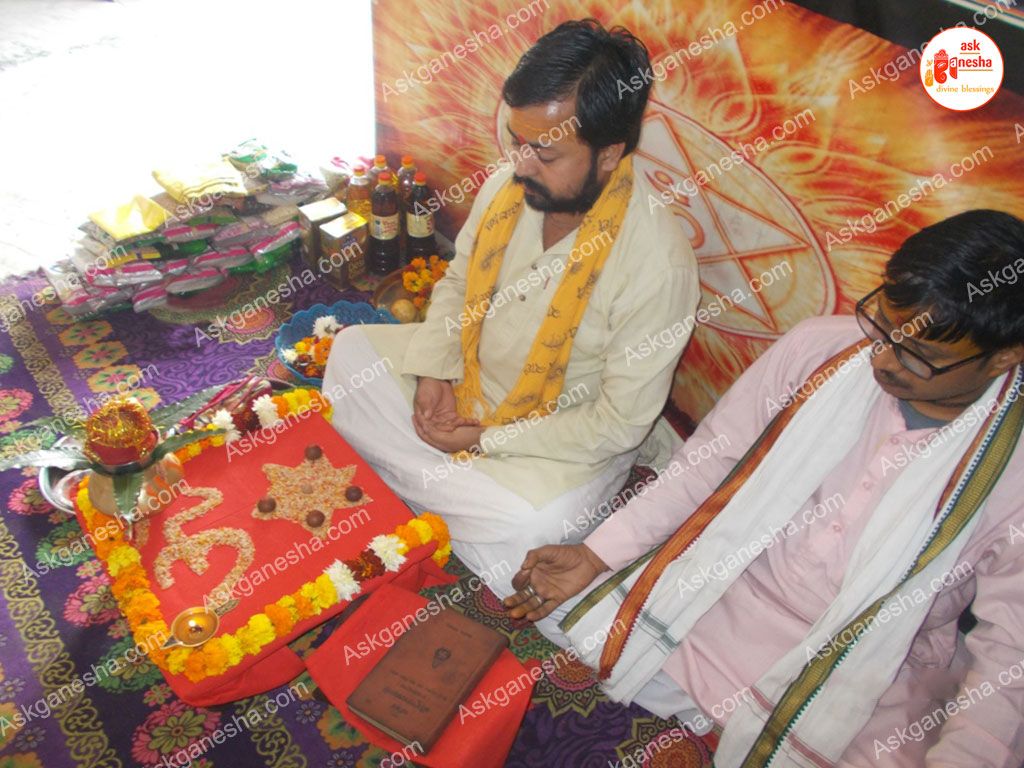 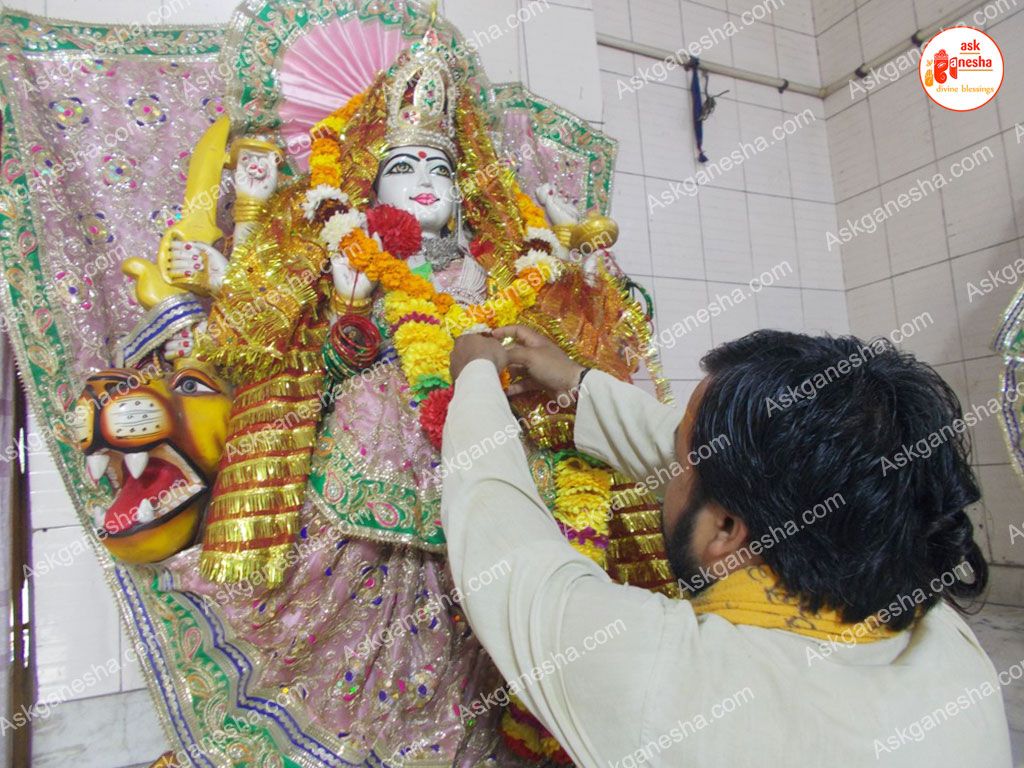 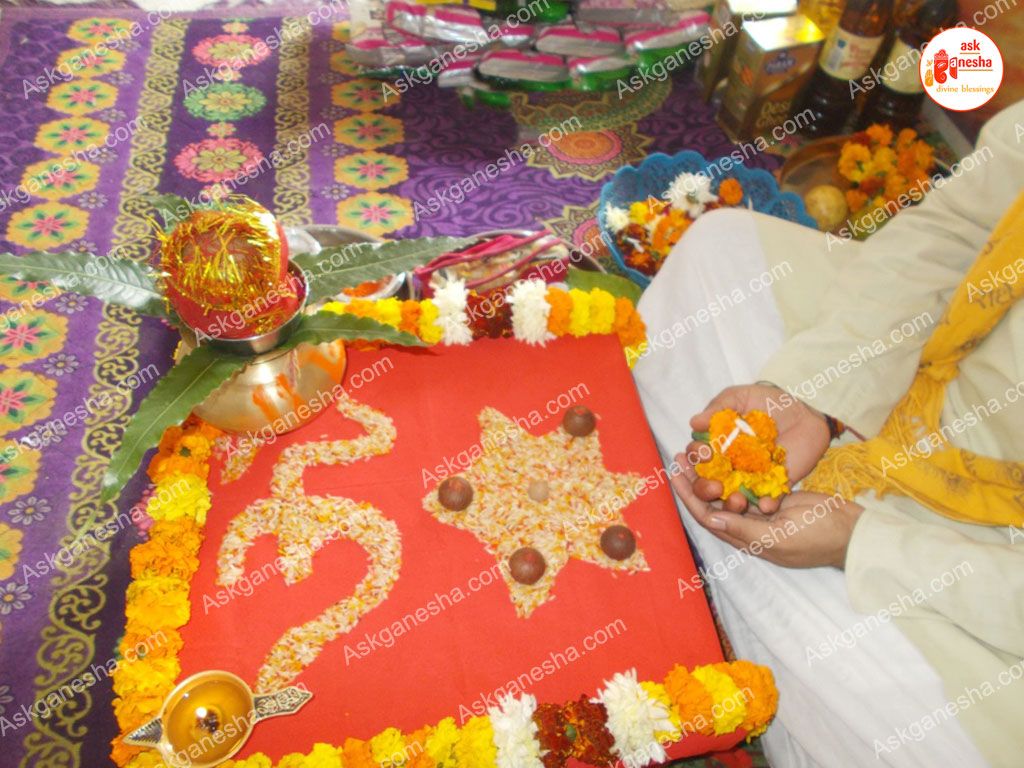 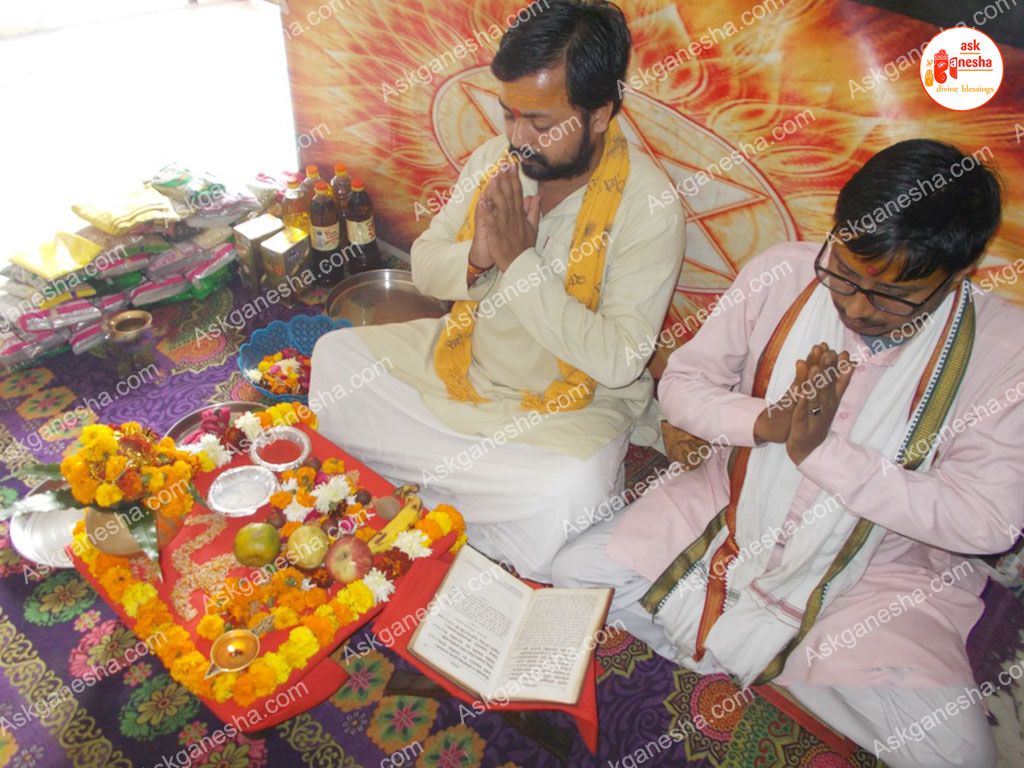 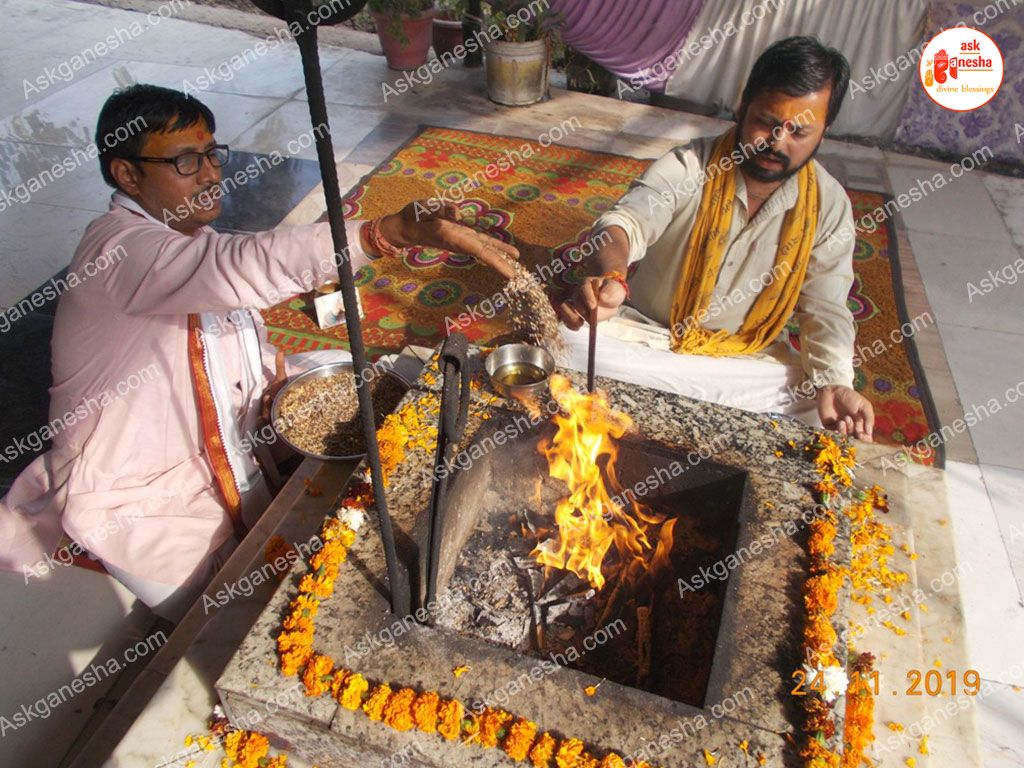 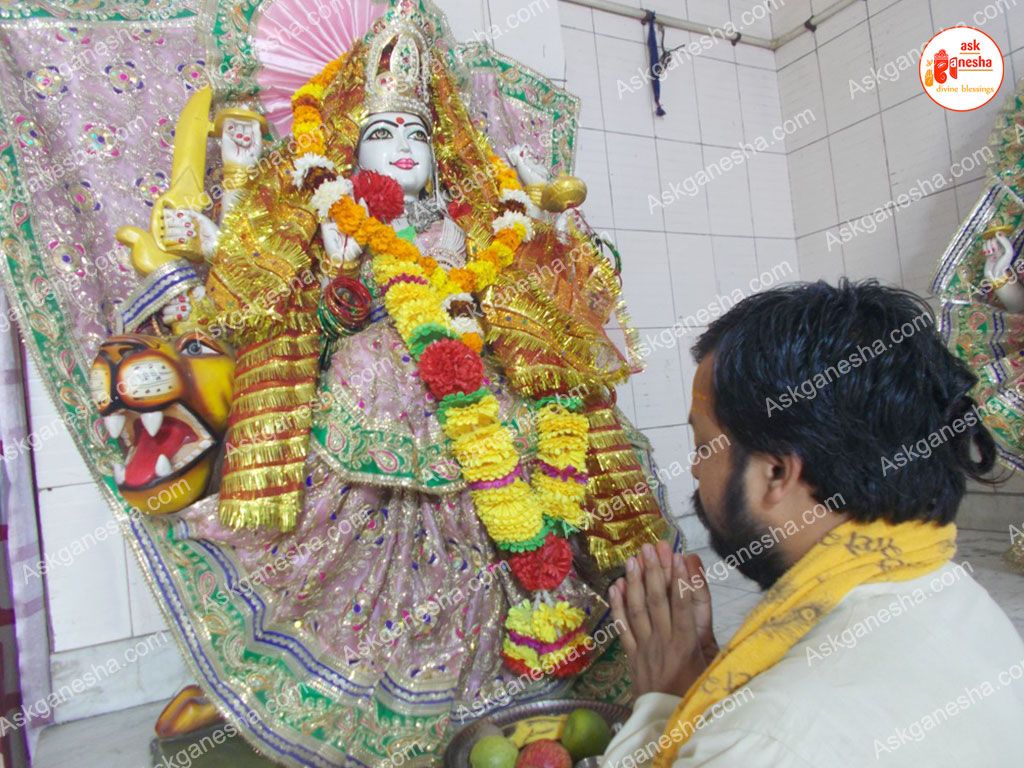 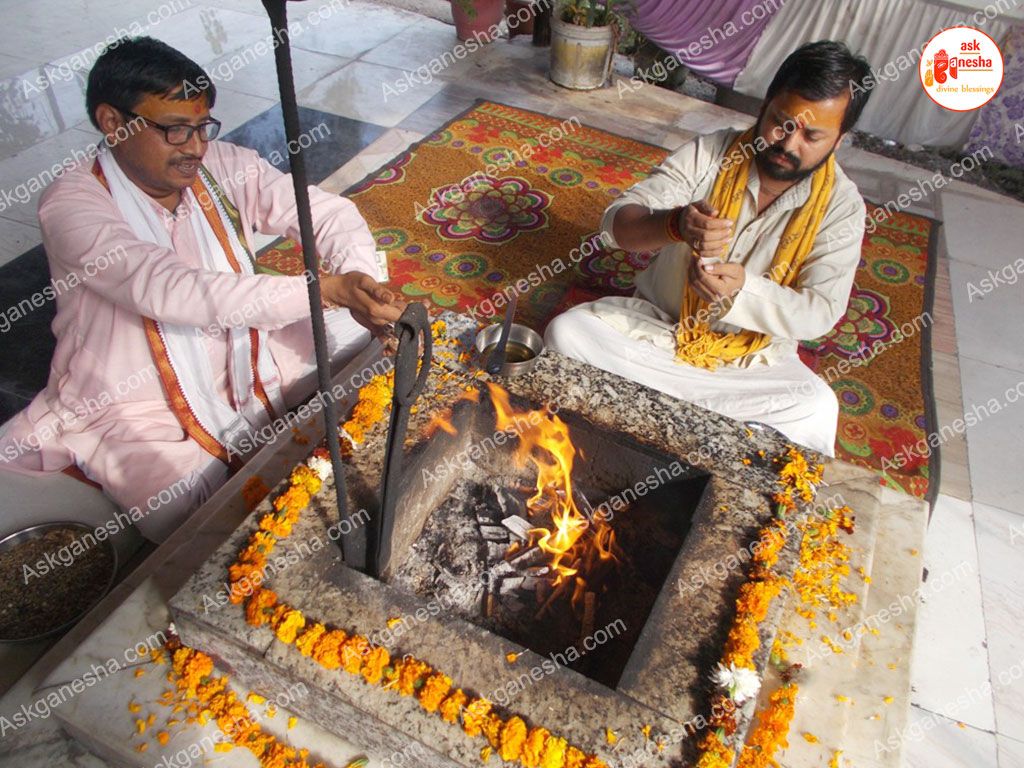 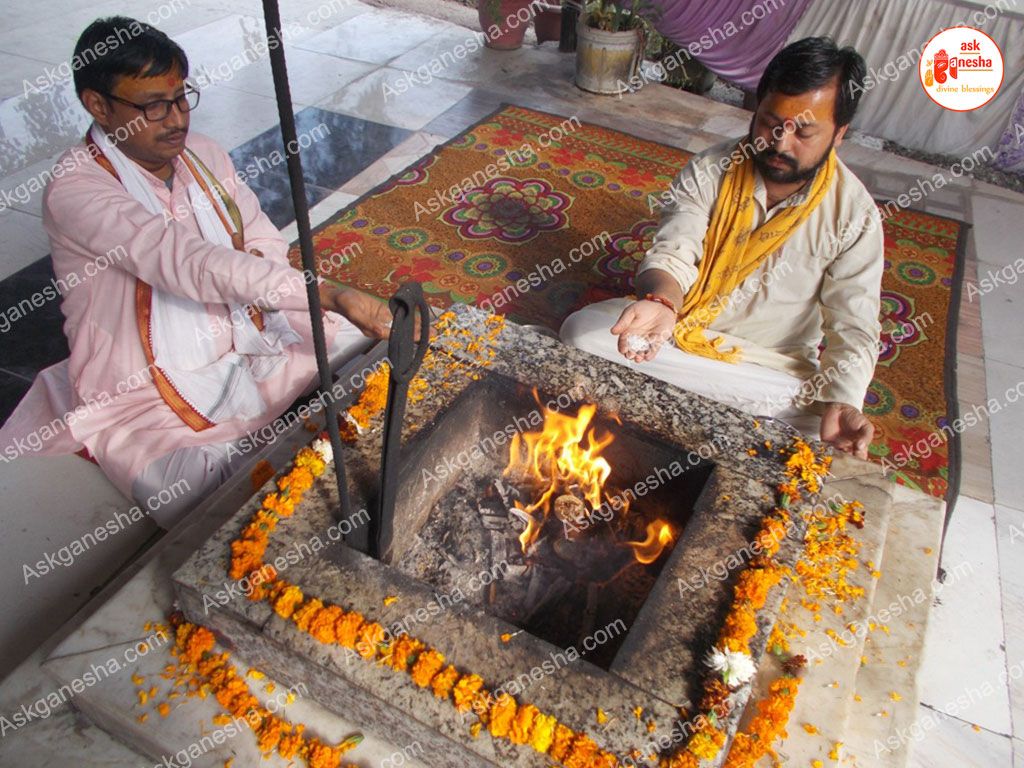 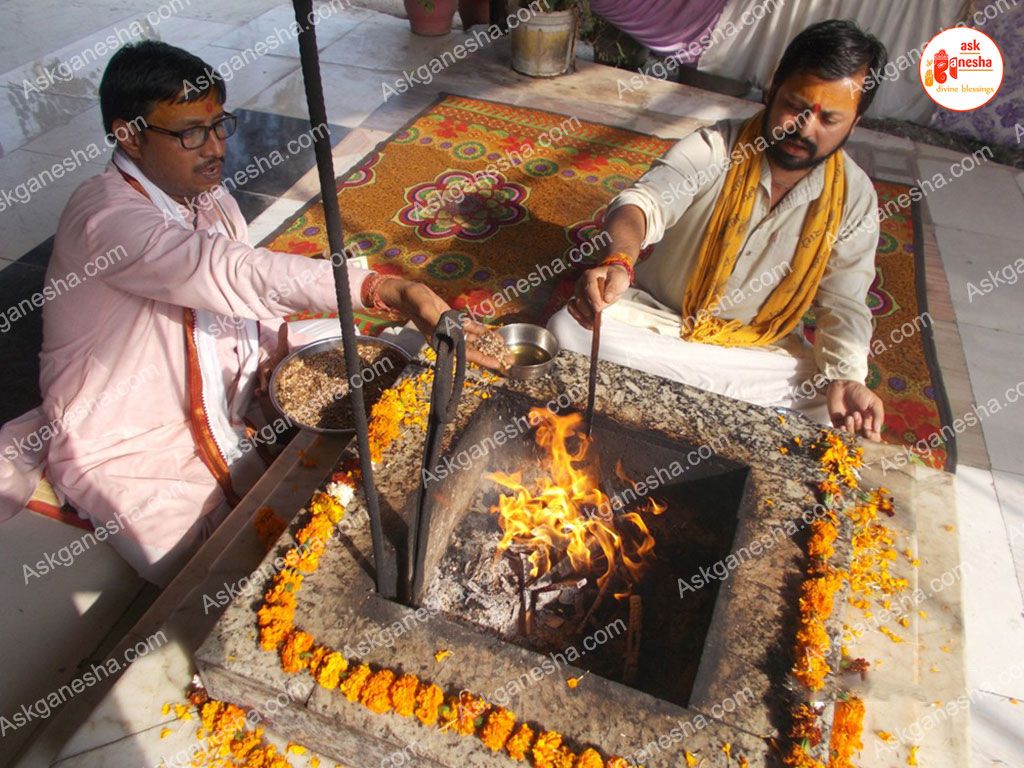 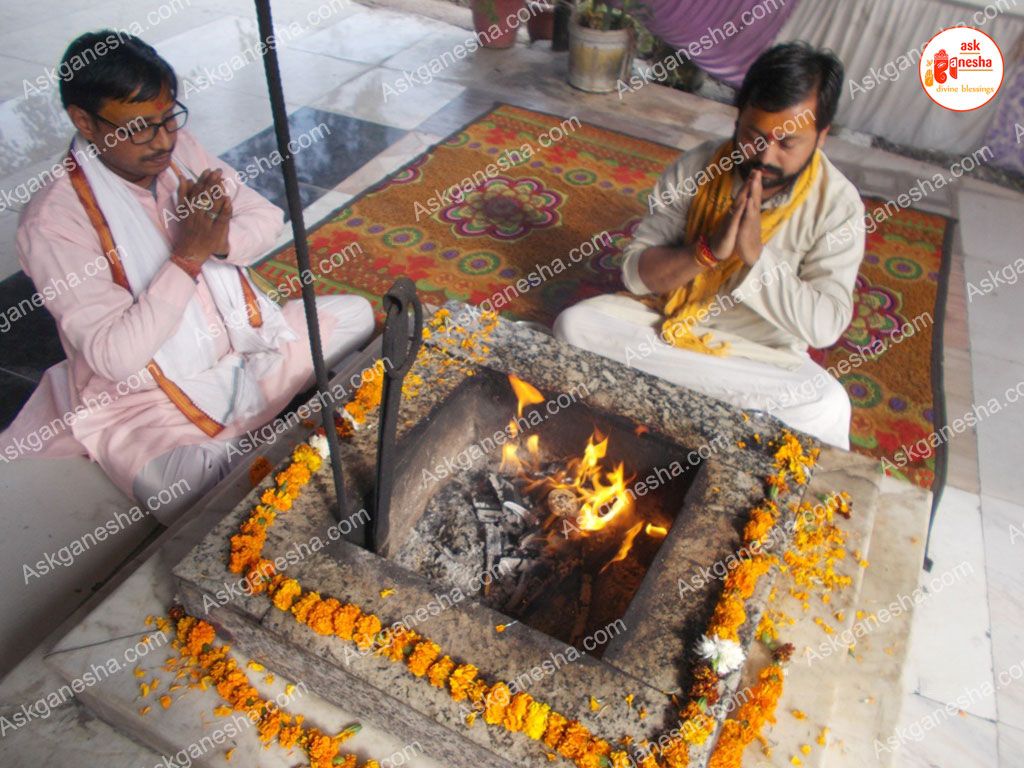 My husband was behaving very strangely ever since he came back from his off campus training in some remote village. I was worried as he has lost his appetite and was always tired or suffering from headache. He even took leave from office for few days which was very strange as he was a workaholic and always cheerful to go to work. So, that's when my friend suggested me that it could be due to some black magic that his life is disturbed. By performing the Maha Durga Yagya through AskGanesha I was relieved and gradually my husband came back to his normal self and we are a happy family again. Thanks to AskGanesha and their Purohits.

I was a state level athlete and wanted to contest in national level last year, but due to my sudden health problems I got disqualified. As I am trying again this year, my mother took suggestion from AskGanesha and did Maha Durga Puja from them and it helped greatly in my competitions and I am awaiting the final list. I am highly satisfied by the Puja done by AskGanesha as Maa Durga bestowed her blessings on me.

I ordered a Maha Durga Yagya for resolving the family tensions that were building in my home. AskGanesha astrologer helped us and suggested us to go for Maha Durga Yagya as our problems could be due to some evil eye on the happiness of our family. However, after doing this Yagya, I myself could feel the peace coming back in my family and we also further followed the Vedic remedies given by them. I will consult AskGanesha only in the near future for any problem.

My uncle was having a heart problem since a long time and doctors were not able to track down the cause of illness. No improvements were visible even after a long time of medical treatment. After performing this Yagya, his condition started improving and his body started responding to the treatment. We are very much thankful to AskGanesha for their honest prayers during Yagya.