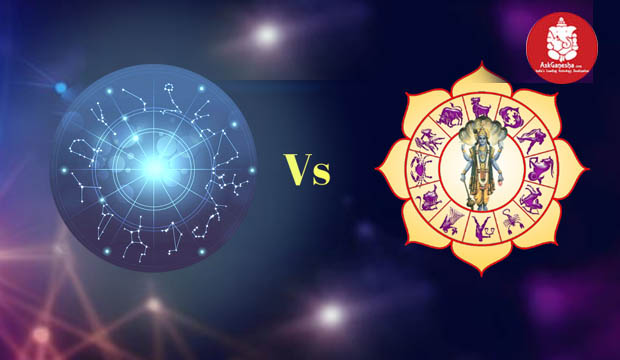 Unlike Western astrology, which bases its major system - the Sun signs - on a 12 month cycle, giving a different influence to each month, Chinese astrology is based on cycles of 60 years. Each year is assigned both one of the 12 animals and one of the five elements - wood, water, air, earth and metal - and so the years are more properly defined as the Year of the Water Tiger, The Year of the Earth Pig and so on - sixty in all.

If your birthday falls in the Year of the Rabbit, you are diplomatic and well-liked. If you were born in the Year of the Rat, you are expressive and quick-witted. Similar kind of statements are there for the Year of the Dog, the Ox, the Tiger, the Dragon, the Snake, the Horse, the Goat, the Monkey, the Rooster and the Pig - but to think that this is all there is to Chinese astrology is as simplistic as believing that you can know everything there is to know about a person if you know that they are a Capricorn.


Western astrology focuses on defining personalities and influences. The purpose of Chinese astrology is more direct - to define 'cures' for unfortunate stars by correcting imbalances in the natal chart. Thus, systems like Feng-Shui use the astrological chart as a starting point to prescribe ways to bring balance into one's life. The concept of balance and of Yin and Yang is one that is vital to every aspect of Chinese astrology. Each animal, each element and each year is either Yin (soft) or Yang (hard).

Obviously, every person born in a particular year doesn't share the exact same fate and personality, any more than every person born under a Western astrological sign does. To refine predictions, Chinese astrology uses a complex system of twelve Palaces, similar to the twelve astrological Houses in Western astrology. Zi Wei Dou Shu is used to create a person's entire astrological chart by assigning each of the 'stars' to a Palace. It is the arrangement of these Palaces and stars that determine the influences that a person must affect in order to affect his fate.

There has been virtually no research in the west on the history of Chinese astrology and therefore Chinese astrology never achieved either the complexity and sophistication, or the dominance as a method of divination, that it did in other countries especially in India

Vedic Astrology - An Eye (as per Religious Vedas)

It is well known that the planets with their large magnetic fields and gravitational interaction force with the Earth, affect it physically. Vedic Astrology helps in making the birth chart, analyze the strengths and weakness of the planets according to their respective houses and Nakshatra, After checking the chart one can make predictions on main events of life and suggest helpful remedies and gemstones to the native which help him to achieve success, peace of mind, spiritual enlightenment, fame, popularity and all happiness.

Hindu Astrology, or Vedic Astrology springs forth from the ancient Vedas, the spiritual Bible of ancient India, reputed to be over 5000 years old!

The astrology of ancient India comes to us originally from the Rig Veda, the oldest of the four Vedas. The Vedas were originally an oral tradition that was passed down from family to family, generation to generation, reputedly over thousands of years. Along with the Vedas are ancillary texts known as Vedanga, or limbs of the Vedas. One of these limbs specifically explains astrology. It is called Jyotish Vedanga in Sanskrit, meaning "the limb of astrology." The oral traditions of this sacred knowledge were called Shruti in Sanskrit, meaning "that which is heard." Latter the oral traditions were written down, and referred to as Smriti in Sanskrit, meaning "that which is remembered." The astrology of ancient India draws a distinction between the knowledge that is directly transmitted orally from teacher to student, and the knowledge that later was written down in books. The consciousness of ancient India acknowledges the often sharp distinctions between that which has been heard, and later, that which is remembered!

There are many systems of astrology, from many cultures the world over. World has evidence which prove that the early civilizations has a deep knowledge of Astrology. The Babylonians, the Chinese, the Egyptians, the Greeks, and the Hindus all have developed extensive systems of Astrology. Jyotish or Vedic Astrology is a major branch of astrology widely practiced in India and in the other parts of the world.