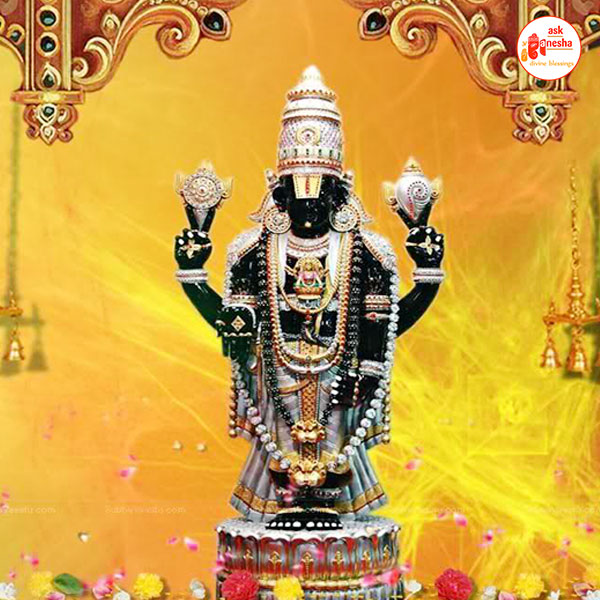 The legend of Saturn has been narrated in a different version in another scripture. The legend goes as follows:

Once there was a dispute between the nine planets as to who is superior among them. When they could not decide, they all went to Indra the king of gods, who was also nonplused to decide such an issue. So he advised that they should go to the just and benevolent king Vikramaditya.

Perform Shani Puja for you

Here Saturn indicates the ascetic, rich with inner spirituality, and lost to this material plane of existence. Saturn is a malefic graha. He rules over the two sidereal signs of Capricorn and Aquarius. He is exalted in Libra, and fallen in the opposite sign of Aries.

Saturn's most powerful place in the chart is in the 7th House and the Kendra's, or Angles. He is a particularly beneficial planet for Taurus and Libra Ascendants. Saturn's nature is Vata, or Airy. His gem is Blue Sapphire and all black stones and his metal is Lead. Saturn's direction is west and his day is Saturday. He reaches full maturity at age 36. In Vedic myth Saturn is the son of the Sun, born to his shadow wife, Chaya. Saturn is lame because one of the Sun's first wife Sanjana's children became angered with him and struck him in the foot. Thus Saturn walks with a limp, which accounts why he is the slowest of the Grahas.

Perform Shani Puja for you

The graha SANISCHARA (Saturn), also known as Manda, is generally known to affect one adversely on occasions when he occupies certain positions in one's horoscope like Saade Sati (7 1/2 years) Ashtama Shani (Saturn in 8th house - 2 1/2 years) etc. He is the Lord of Makaram and Kumbam. He is the slowest moving planet taking 2 1/2 years in each Rasi, completing one cycle every 30 years. A prayer to this Devata, especially on Saturdays, is said to mitigate the hardships one will have to face during these periods. Sanischara bestows all benefits to the devotees who pray sincerely to him. The legend that depict the influence of the worship of SHANI goes as follows, and is narrated whenever a worship or offering is made to the deity.

The legend pertains to a king. The king invited merchants from far and wide and proclaimed that the king himself would purchase all unsold goods. The merchants were happy. Once a blacksmith brought an iron image of Saturn for sale, which ultimately was purchased by the king, who installed that in his palace with reverence. Other gods became unhappy on this action of the king. At night, the king saw a brilliant woman going out of the house. On king's enquiry, he learnt that, it was Lakshmi. She said that she could not stay in the place where Saturn is present. After sometime a male image went out and was told to be Bhaivabh (Prosperity). Similarly all other gods Dharma (Religion), Dheriye (Patience), Kshama (Pardon) and all others went out. When the last Satya (Truth) was going out, the king protested and said that because of faith in Satya, he did not object to the others from going out. Feeling the sentiments of the king, Satya stopped. All other deities were waiting outside for Satya, but when he did not come out Dharma (religion) said that he could not remain without Satya; so he returned in. Similarly all others followed suite and all gods and attributes came back inside the palace. They told the king that only because of his devotion to the Satya (truth); they all had to return and that such a king could never be unhappy. Due to the devotion to Satya, (truth), Lakshmi (wealth) and Shani (Saturn) came to live together, to the benefit of the devotees.

King Vikramaditya, after great thought got seven seats spread out, the first of gold and the last of iron. He then requested the deities to take their seats. Shani (Saturn) knew that his seat was iron seat viz. the last and as much, he was recognized as inferior to all. Therefore he cursed Vikramaditya and said "Surya stays on one Zodiac for one month, the moon for two days, Mangal (Mars) for one and a half month, Brihaspati (Jupiter) for thirteen months, Budha (Mercury) and Shukra (Venus) for one month each and Rahu, Ketu for eighteen months only; but I (Saturn) stay at one Zodiac for thirty months: I have made many a gods suffer because of my power and influence. Due to my influence Rama and Lakshmana were exiled and Ravana suffered a defeat and his dynasty destroyed, so a king, you beware of my wrath." The king said, "whatever be my luck, I shall face it".

After some time a merchant of beautiful horses came to Ujjain, the capital of Vikramaditya. The courtiers praised the horses and requested the king to visit. When the king came, he took a fancy for the particular horse and to try the same, he got on the saddle. The horse took to hells try however he may, but the house flew into the forest, with none to accompany or follow the king. In the far off, where no one knew him, desperate with hunger and thirst, he sought refuge in the house of a rich merchant. The merchant judging the person as a good person allowed him (king) to stay in his house.

At night, Vikramaditya saw that a pearl necklace hung on a peg, was being swallowed by the peg. The next day when the merchant found the necklace missing, he reported the matter to the kotwal who got king Vikramadiya's hands and legs cut. The king was then left helpless. An oil crusher took pity on him and employed him to sit on the crusher and see to the proper movement of the bull while sitting, handicapped and helpless. Vikramaditya used to sing. One day, the princess of the kingdom heard the song and was charmed by it. She sent her maidens to find out the singer and she made up her mind to marry him. Her parents tried their best to make her select any other but she did not agree. She was married to the handicapped person (Vikramaditya). At night on the nuptial bed, the king in a dream saw Shani deity who said that all his sufferings were because of his (King) having decided Saturn as Inferior. The king asked his pardon, worshipped him and sought his blessings.

The king (Vikramaditya) then narrated his story of woe to his bride. Saturn deity blessed the couple so that they would lead a happy married life. His limbs were restored. The rich merchant invited them to his house and there in the presence of everyone, they saw that the lost necklace was oozing out from the peg. All were surprised. The merchant felt ashamed and asked his pardon and offered his daughter to Vikramaditya in marriage. Then Vikramaditya and his two brides went in procession to a rousing reception in Ujjain.