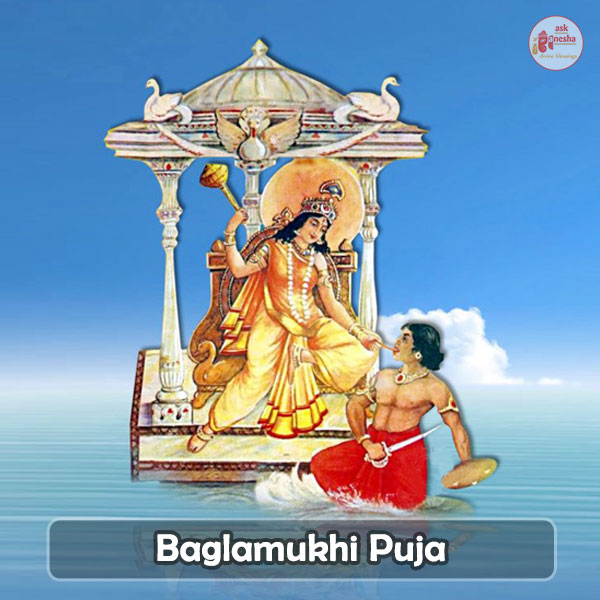 The name "Baglamukhi" is combination of two words "Bagala" and "Mukha", meaning "bridle" and "face", respectively. The interpretation of the name means one whose face has the power to capture or control. The Maa Baglamukhi Maha Anushthan has helped many to win over enemies, negate the effects of black magic and attain progress in life. Maa Baglamukhi represents the hypnotic power.

The Maa Baglamukhi Maha Anushthan is an 11 days process in which daily special ritual puja, havan, donations, chanting of special mantras for marital bliss along with energizing of Yantra and special incense sticks is also done. The Yantra, incense sticks and vibhuti would be couriered to you after the completion of the Anushthan which you can place in your home and would help you by creating a positive aura.

This Anushthan is done by well versed and highly experienced Purohits. You too can get this performed for the fulfilment of your desires.

Pictures of Baglamukhi Puja performed for AskGanesha Client on order 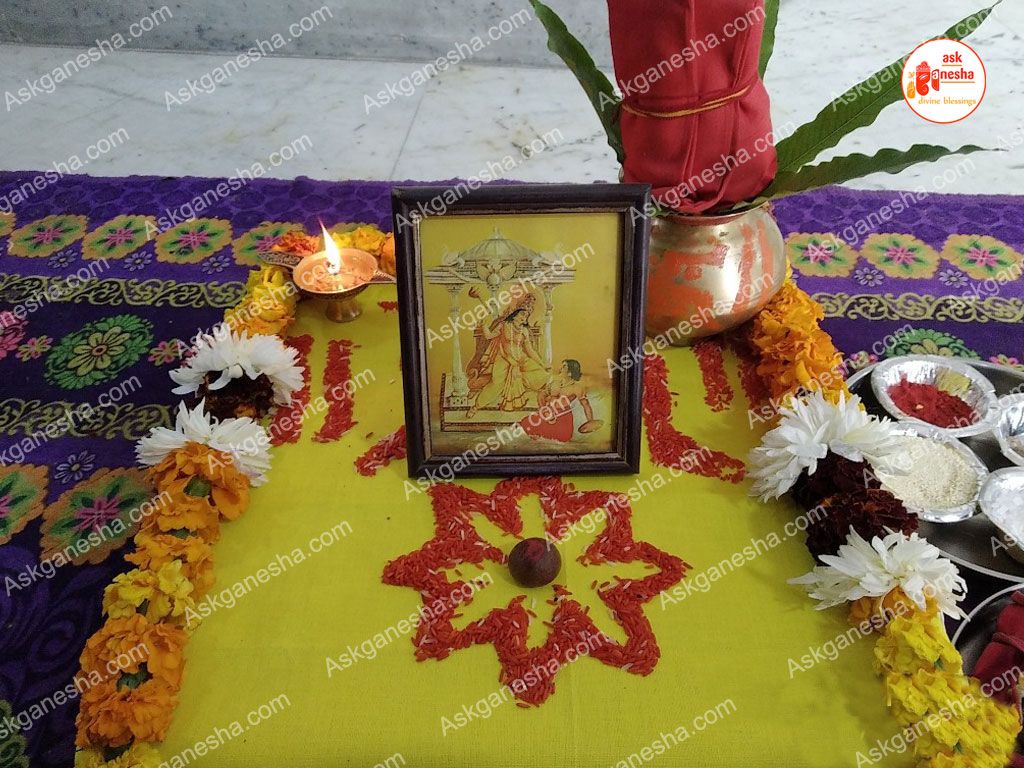 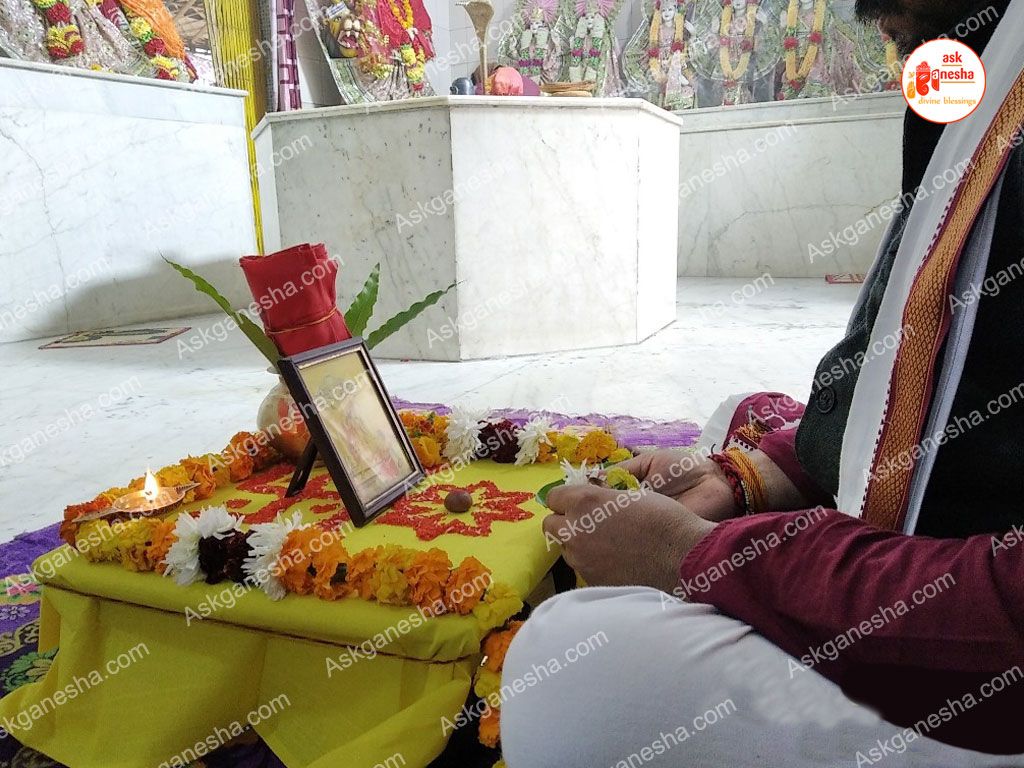 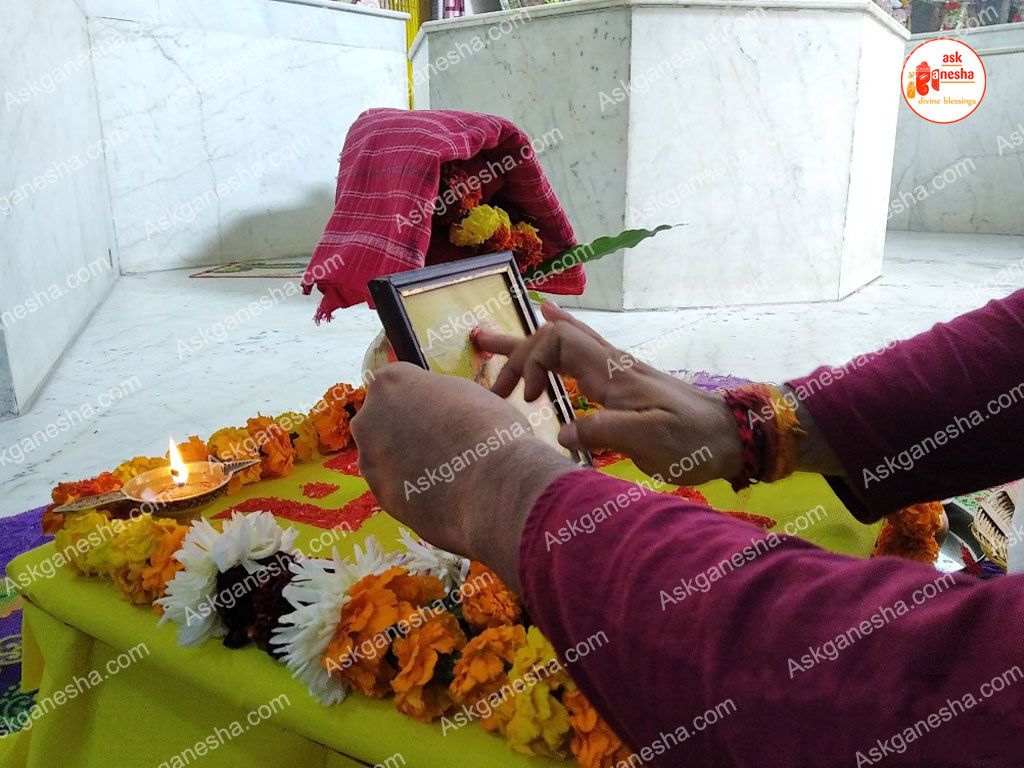 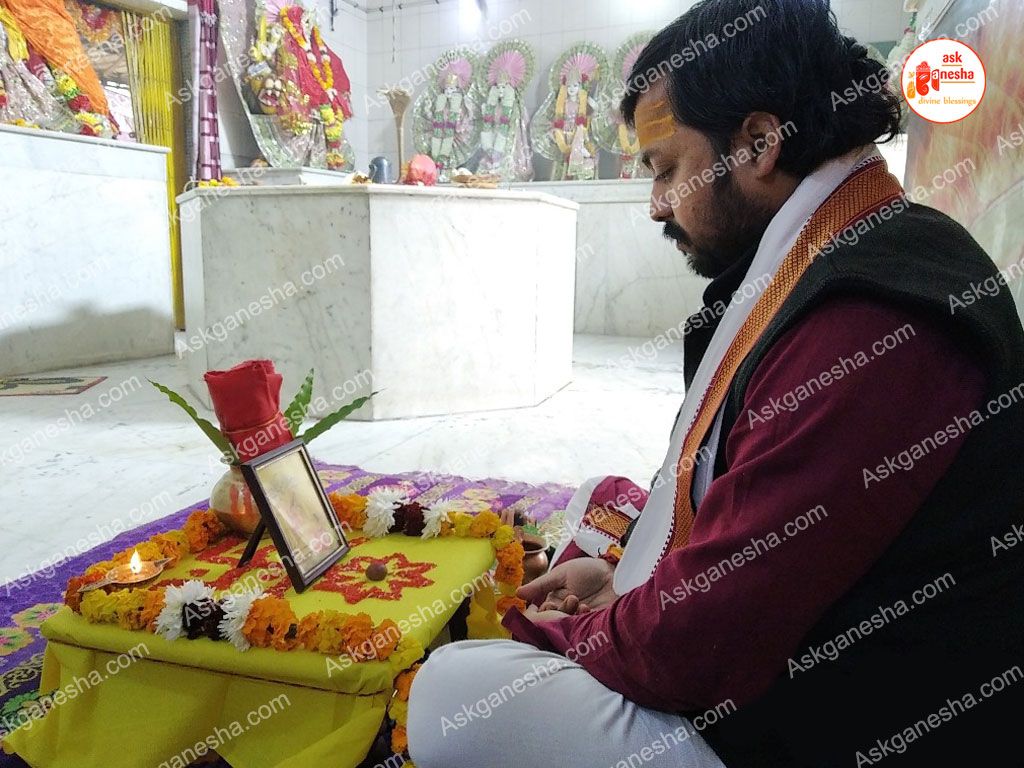 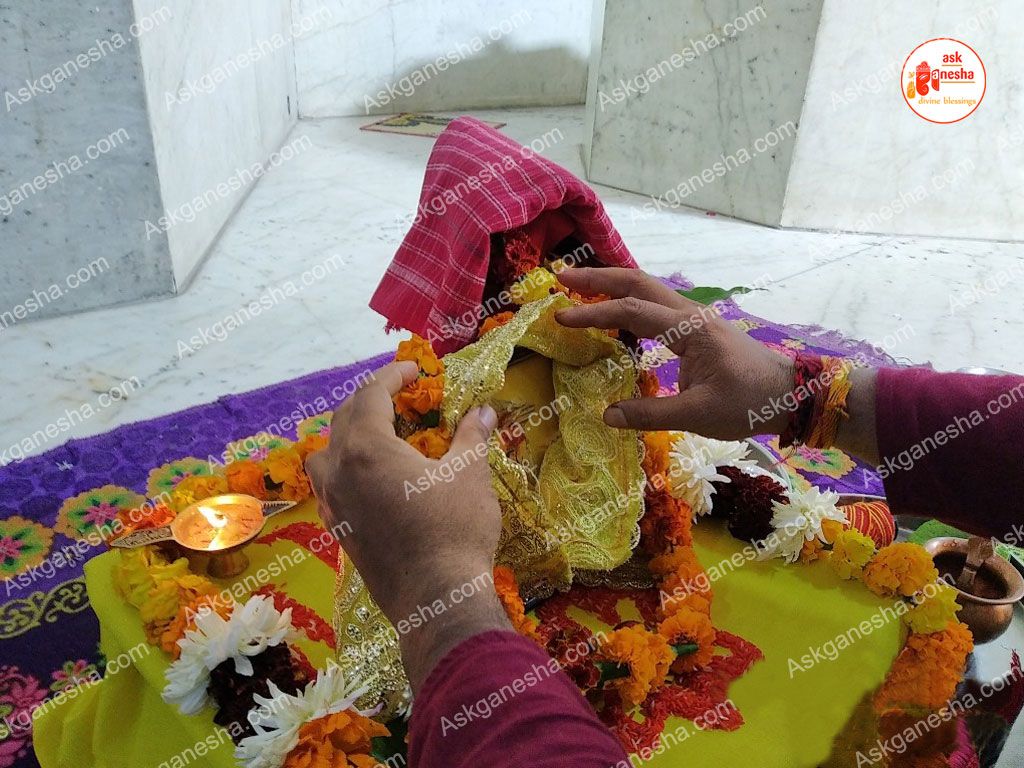 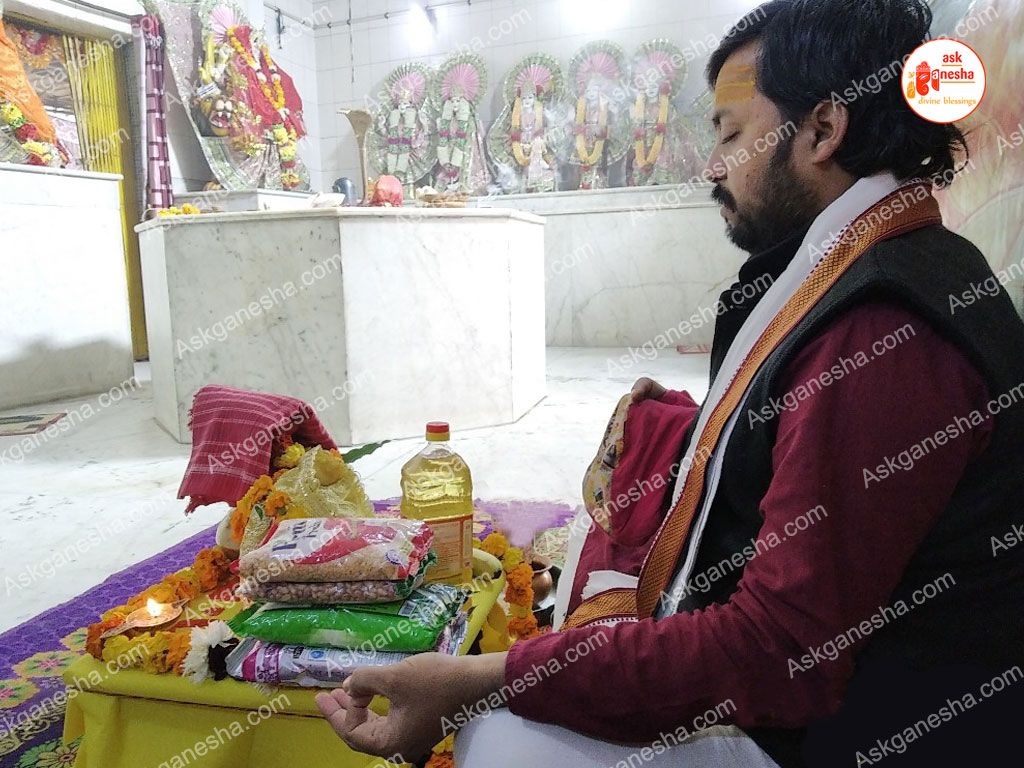 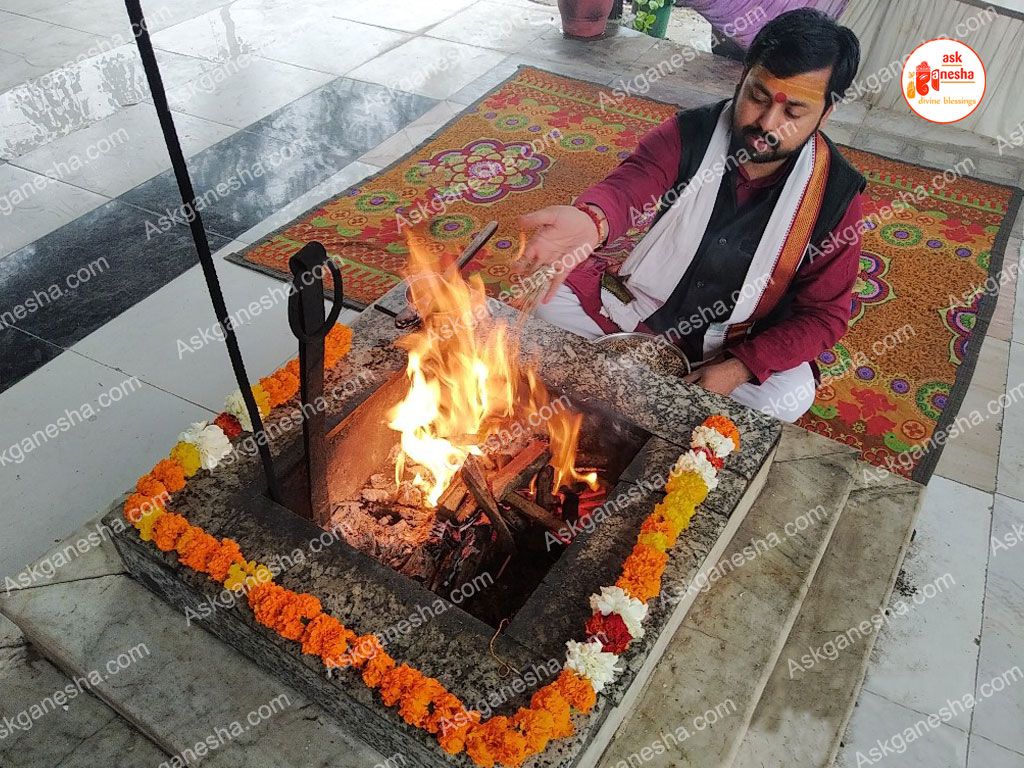 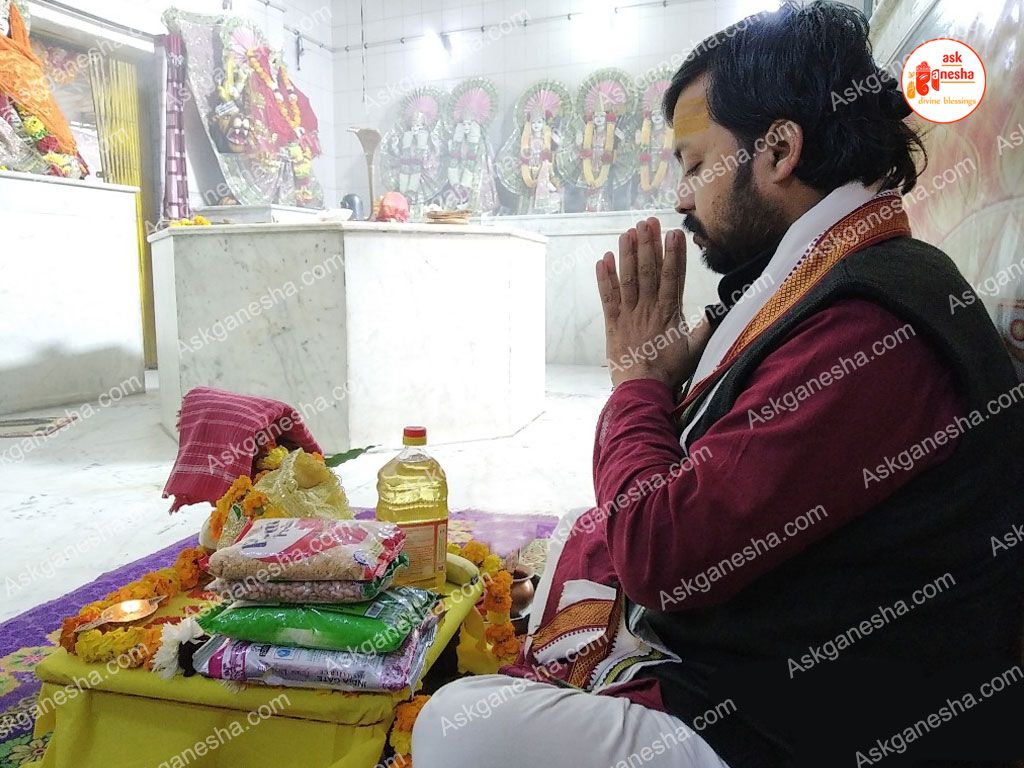 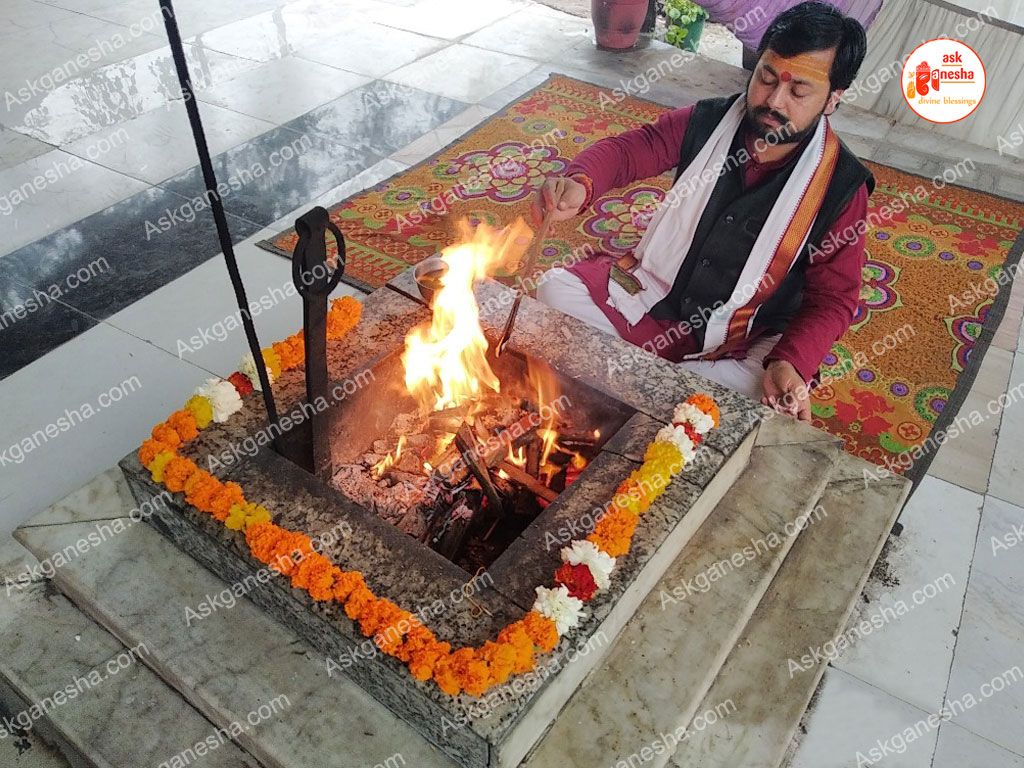 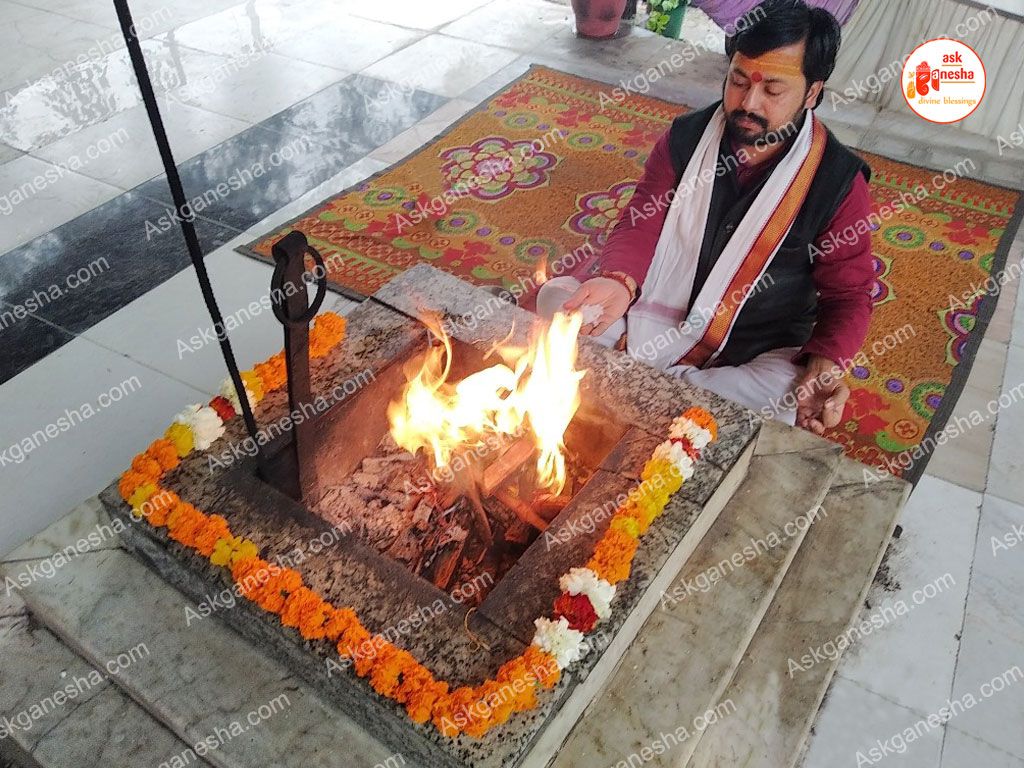 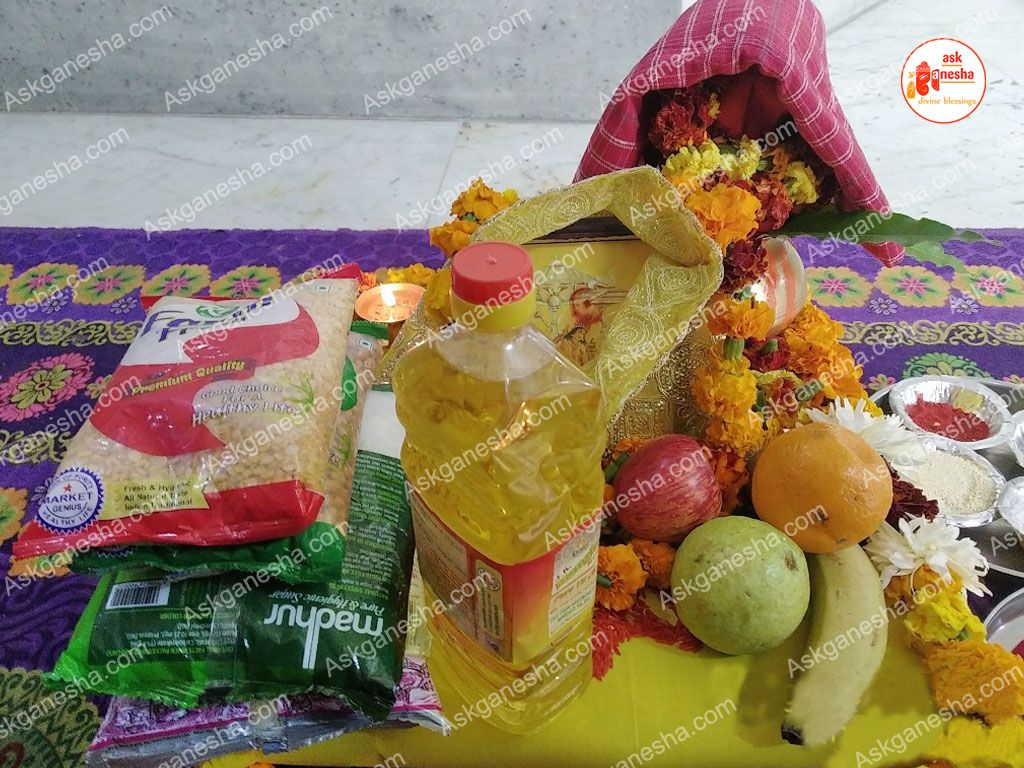 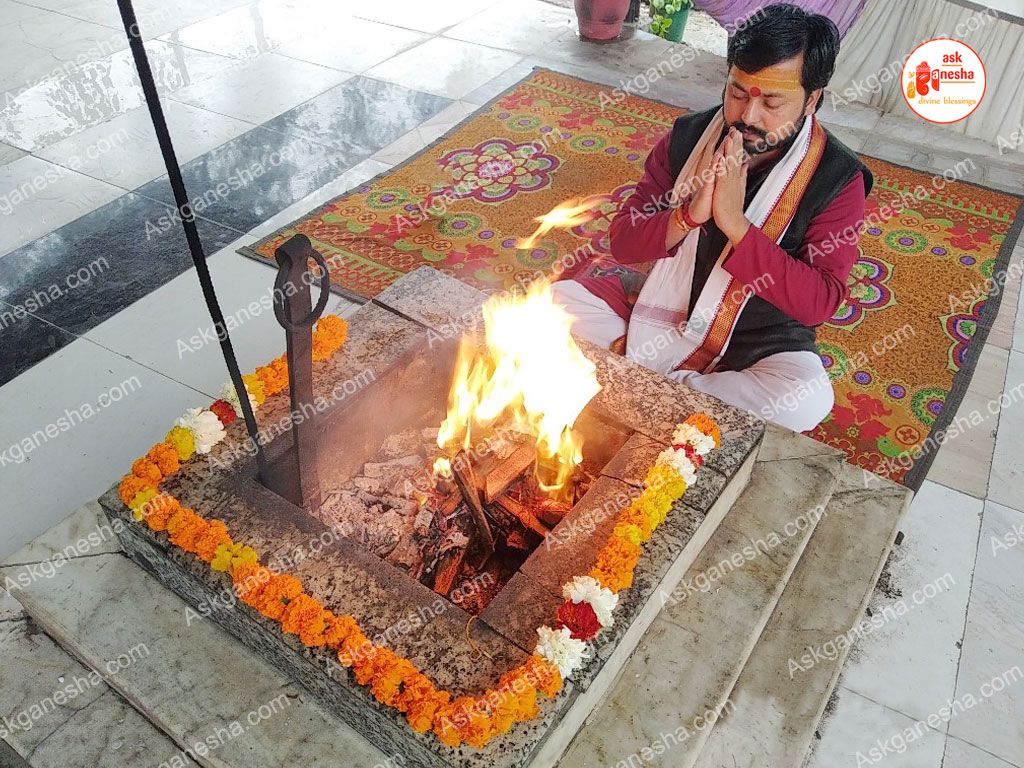 I contacted Askganesha.com when I was in trouble regarding a legal case, it involved my property which was illegally abducted by a builder and I was fighting for it from years. They suggested me to conduct Bagal Mukhi Puja, I immediately ordered the puja and paid the fee. In the next hearing, I won the case. I m a firm believer in God and its power.

This is indeed a good puja. Not many people have heard of this puja, bagla mukhi puja. It is very effective. I have done this puja once. It really helped to get out a difficult situation, we have a pundit who advise us the most suitable puja to be done to get the work done and cast off evil spirits.

My case was very strange and people called it superstition. My wife started to behave strangely right after we moved to our new house. I was very disturbed so I made a consultation through the astrologer of askganesha.com website. They performed Bagla Mukhi Puja for me. I believe in God and know that everything happens with his blessings. After some time, my wife became perfectly normal.

I am in corporate world and in corporate, there is lots of politics around people. People backstab other to move ahead the ladder of career. In my workplace there was many people who were trying to pull me back from the ladder, I was the prey to all the politics and got really depressed. I then performed bagla mukhi puja as a pundit advised me to do so. I did the puja and in a month, I got another job and also got a higher post in that company.

In my family, there is a ritual of performing Bagla Mukhi Puja every year as the puja helps in getting rid of evil spirits and negative aura around us. This time I ordered the puja thru askganesha.com as it has mentioned the puja. We paid for it and they performed it on my behalf. We are living a happy life and believe that this is all the magic of the puja.