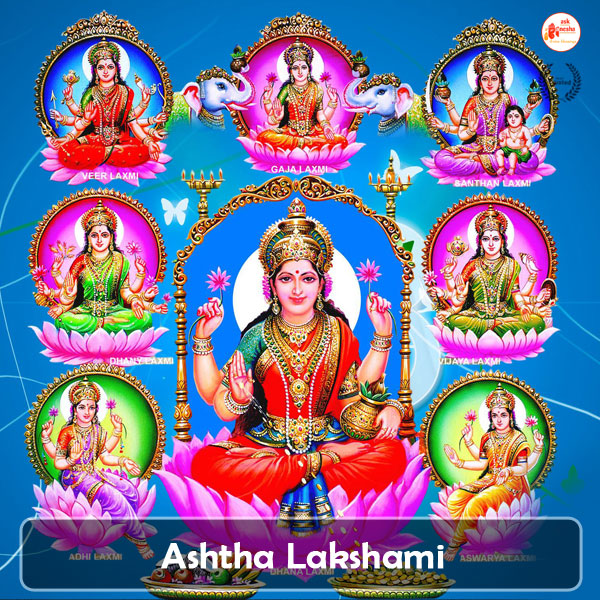 Askganesha is a very reliable and reasonable astrology site. I booked Ashtha Lakshami with them and was very satisfied with their procedure and after services they provide. God bless people at Askganesha

This puja has benefitted me and my family immensely. Due to floods last year the crops were destroyed and my family suffered with a huge loss. My dad was hospitalised due to heart attack and the family was disturbed. My wife consulted Askganesha and they suggested Ashtha Lakshami puja for over all benefits. My father is healthy now and this year we reaped almost double yield in farms.

Adi Lakshmi is the Lakshmi who is always there that means the Goddess that has no end and she is the most primaeval form of goddess Lakshmi. She is always seen serving Lord Vishnu who symbolises the survival of life, thus Adi Lakshmi is always depicted as in service of the universe. Although Narayan and Lakshmi are not different, she is the Shakti of Narayana, yet she is depicted to be supporting the main act of Narayana, to sustain the whole universe.

Adi Lakshmi is seen as the four-armed Goddess, carrying a lotus in one hand and, a white flag in the other hand. With her third hand, she makes Varda Mudra and with the fourth, she is shown making the Abhaya Mudra.

The word Adi means the source, and Adi Lakshmi means the Lakshmi or the Goddess who connects us with our source i.e. our soul or atman as we call it in Hinduism. The worshippers of Adi Lakshmi get connected to their inner self and are free from all kind of materialistic obstructions and spend their life in eternal bliss.

The Dhan Lakshmi is the one form of Lakshmi that blesses one with wealth and prosperity. She is also known as the Vaibhav Lakshmi, who bestows riches on her worshipper or her possessor. Although for humans Dhan or wealth is the money,coins, materialistic luxuries etc., on the other hand, according to Rigveda, Dhan means our natural resources like water, rain, mountains, forests etc., our progeny, our will power, our virtues and our character. The possessor of the Dhan Lakshmi has all these forms of wealth in abundance.

Dhan Lakshmi is depicted as an eight-armed goddess in red saree, carrying the pitcher of Amrit the elixir, lotus, bow-arrow, free flow of gold coins from the hand in Abhaya Mudra, and Chakra and conch in the other hands.

Dhanya Lakshmi is the Goddess of agricultural wealth. She blesses with grains, food, nourishment and health. Being wealthy agriculturally means to have an abundance of food grains and one can sustain one's life and family's life without any trouble. Basically, she is the bestower of the harvest. The Dhanya Lakshmi is the giver of vegetables, fruits and essential grains, that is more important to sustain life than gold.

Dhanya Lakshmi is shown with eight hands, draped in green saree with mace, two lotuses, with paddy, vegetables, sugarcane in her hands and having Varda Mudra and Abhaya Mudra.

Dhairya Lakshmi is the Goddess of patience who blesses the possessor with the strength to face problems of life. This wealth is very important to sustain as no life is possible without troubles and struggles and only this wealth can make it possible to face all these in life. It eases passing through rough and bad times with courage and strength.

People worshipping Dhairya Lakshmi never fail in their life as they possess the courage, great patience, strength and inner stability.

Gaja Lakshmi bestows with animal wealth and royalty. She is the Goddess who is believed to have returned the lost wealth of Indra, the head of the Gods, from the ocean.

She is depicted in Red clothes, carrying two lotuses, one hand in Abhaya mudra and Varada Mudra, and two elephants showering her with water pots.

Santan Lakshmi or the Goddess of progeny is the bestower of offspring, the wealth of children, family, and friends. Goddess Santan Lakshmi is the symbol of the social nature of man. Santan Lakshmi puja blesses the childless couples with children and gives them a healthy and long life.

Goddess Lakshmi is seen with six hands carrying two pots or kalasha, sword, shield, and a child in her lap who is also carrying a lotus in his hand.

Vijay Lakshmi or Jay Lakshmi is the Goddess who provides the victory. She bestows with victory over all the hurdles of life and to get success. Vijay Lakshmi symbolises the wealth of fearlessness, courage and victory. The Goddess blesses its possessor with the strength of character and victory in all endeavours of life. Vijay Lakshmi enables the worshipper to gain victory not only physically but in all other mental and emotional struggles too.

Vidya Lakshmi or the Goddess of Knowledge is the bestower of knowledge of Arts, science, simplicity, humility and integrity. Vidya means possession of knowledge of all kinds, making it easy to live and earn one’s livelihood. Besides knowledge of all kinds or skills of all kinds one begets eighteen qualities namely; Absence of Vanity, Humility, Sincerity, Serenity, Simplicity, Regularity, Equanimity, Non-irritability, Fixity, Adaptability, Humility, Integrity, Tenacity, Nobility, Charity, Magnanimity, Generosity, and Purity.

Performing the Maha Lakshmi Puja one ets the blessings of the all Eight forms of Maa Lakshmi. 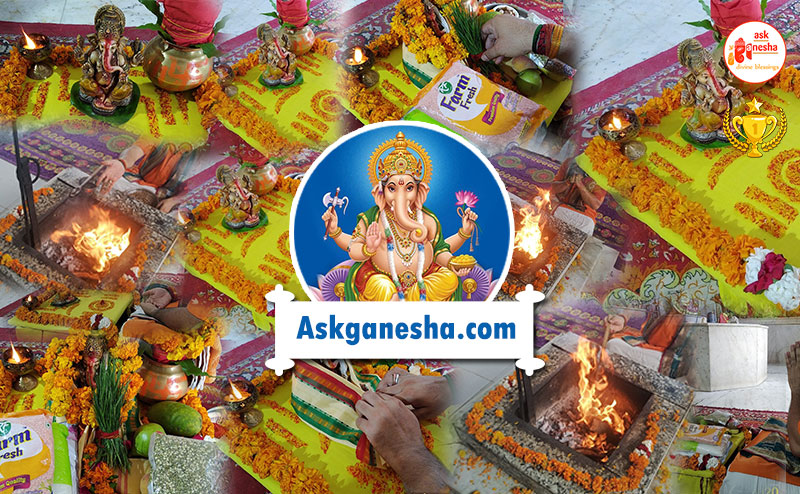 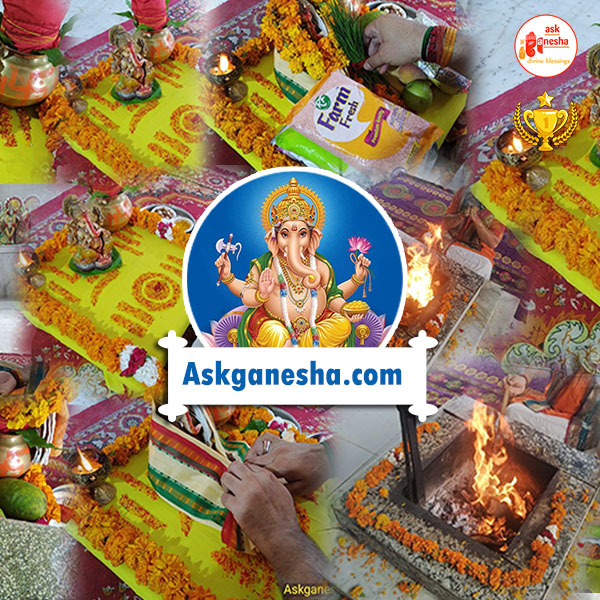 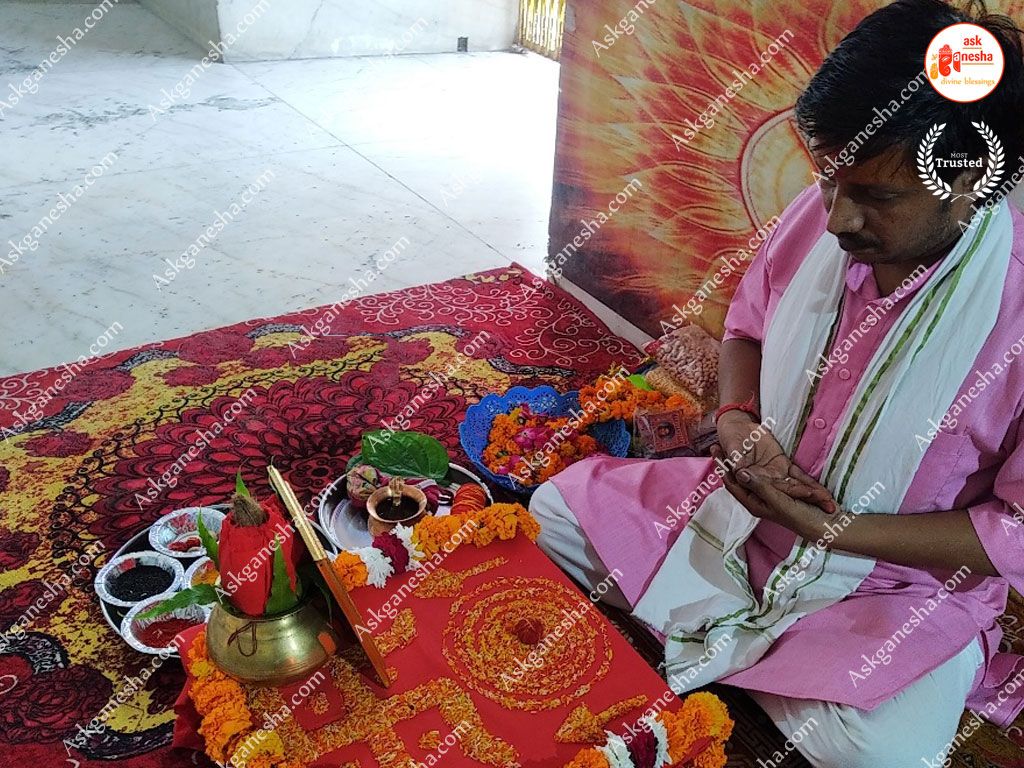 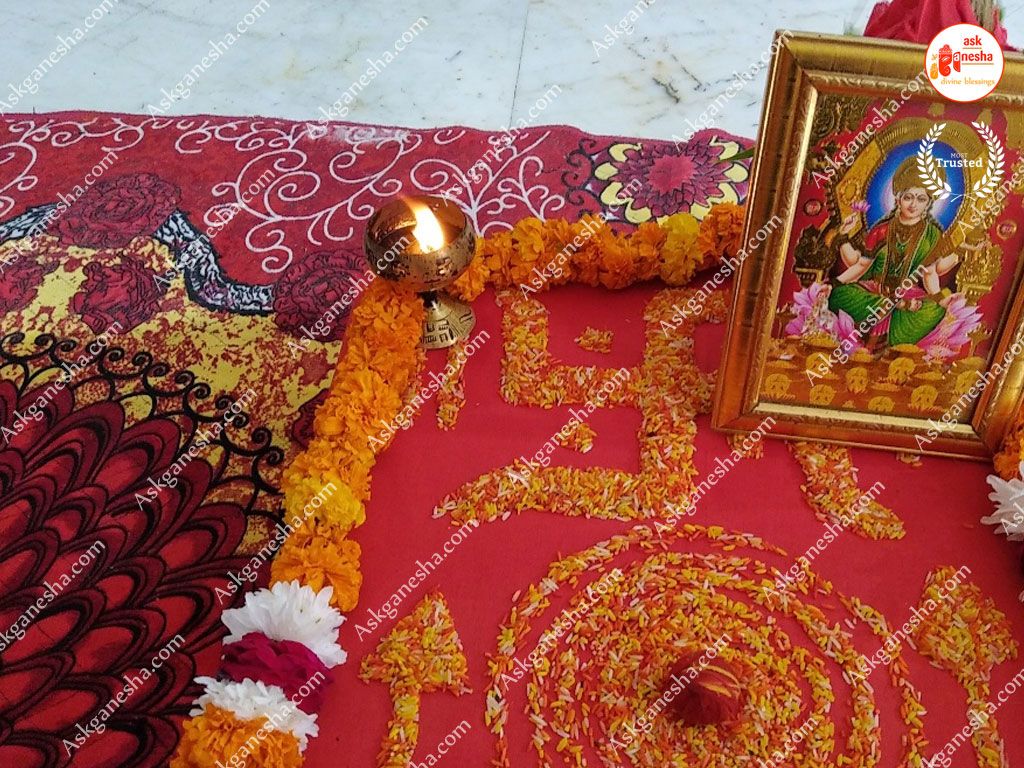 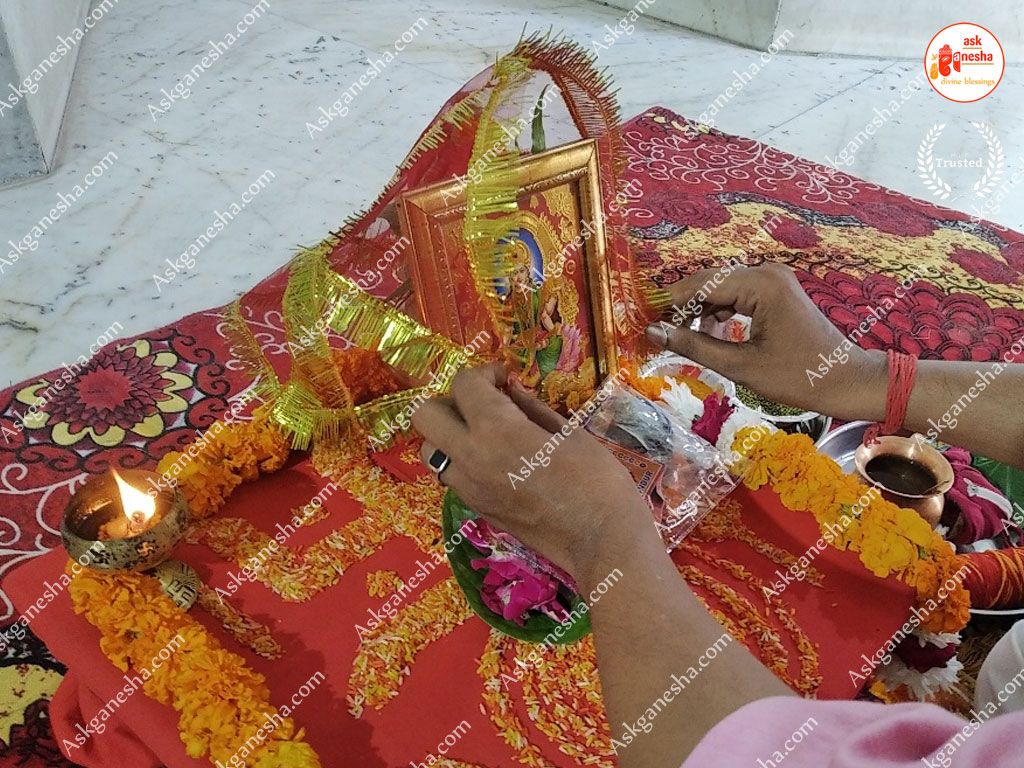 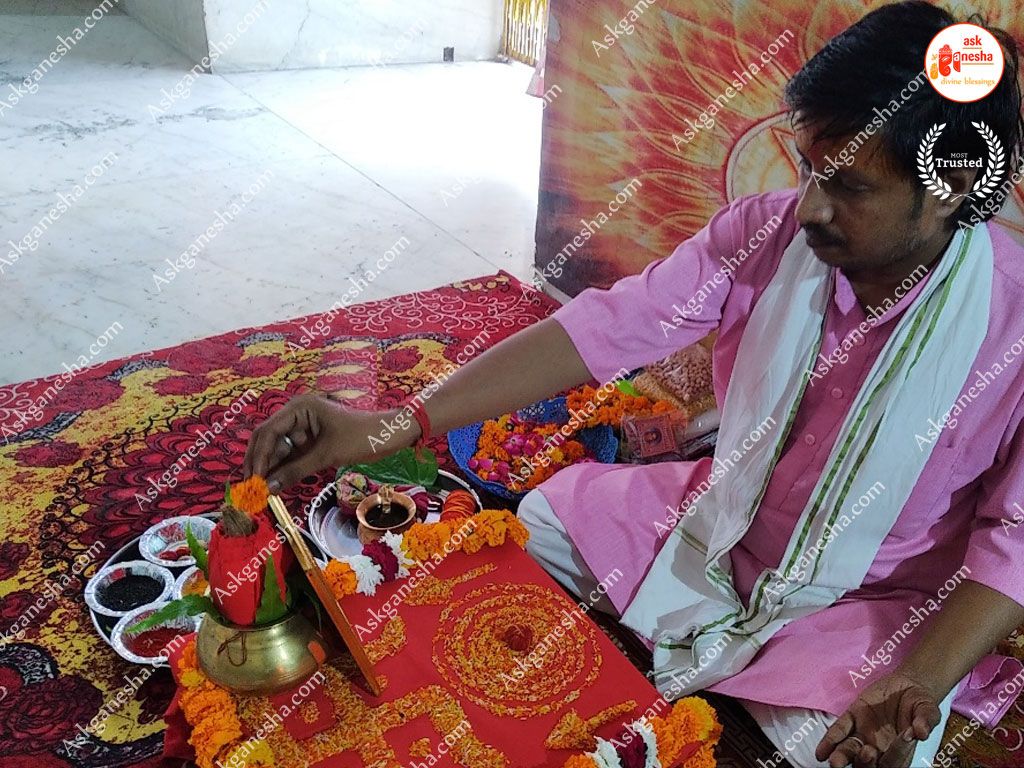 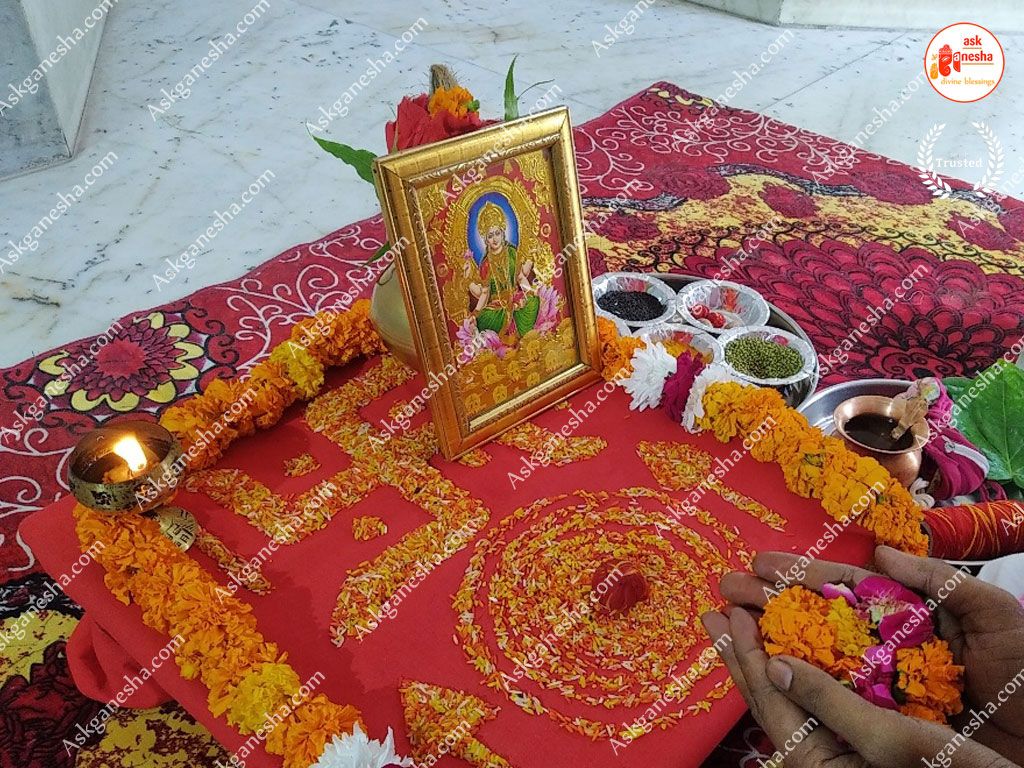 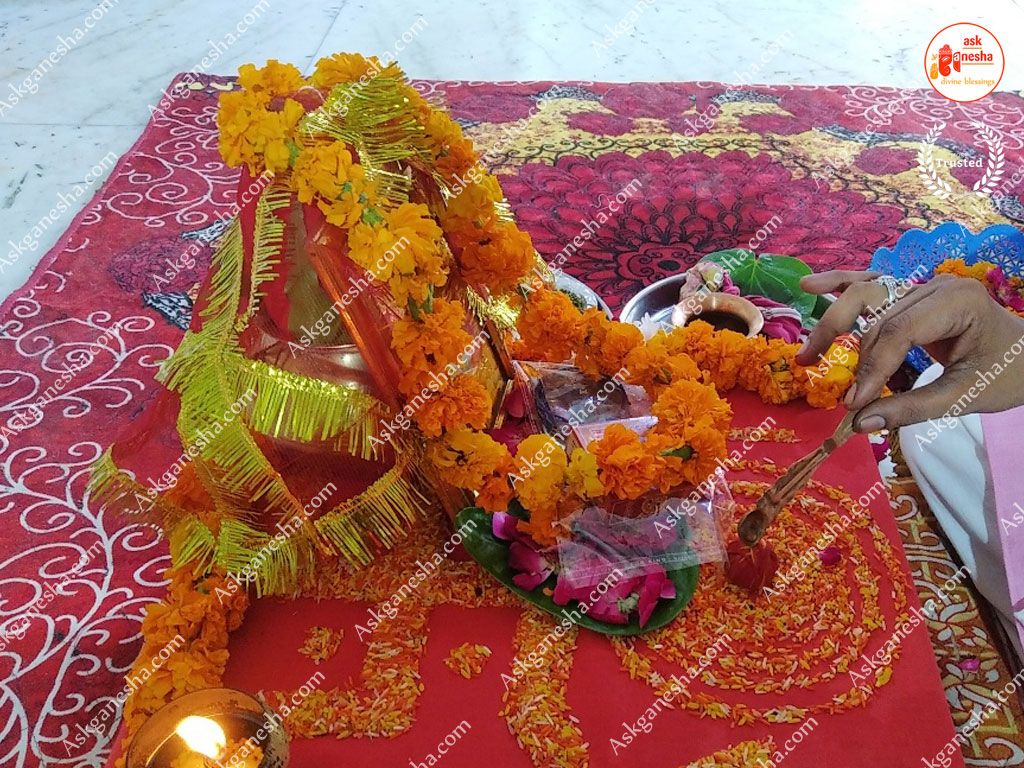 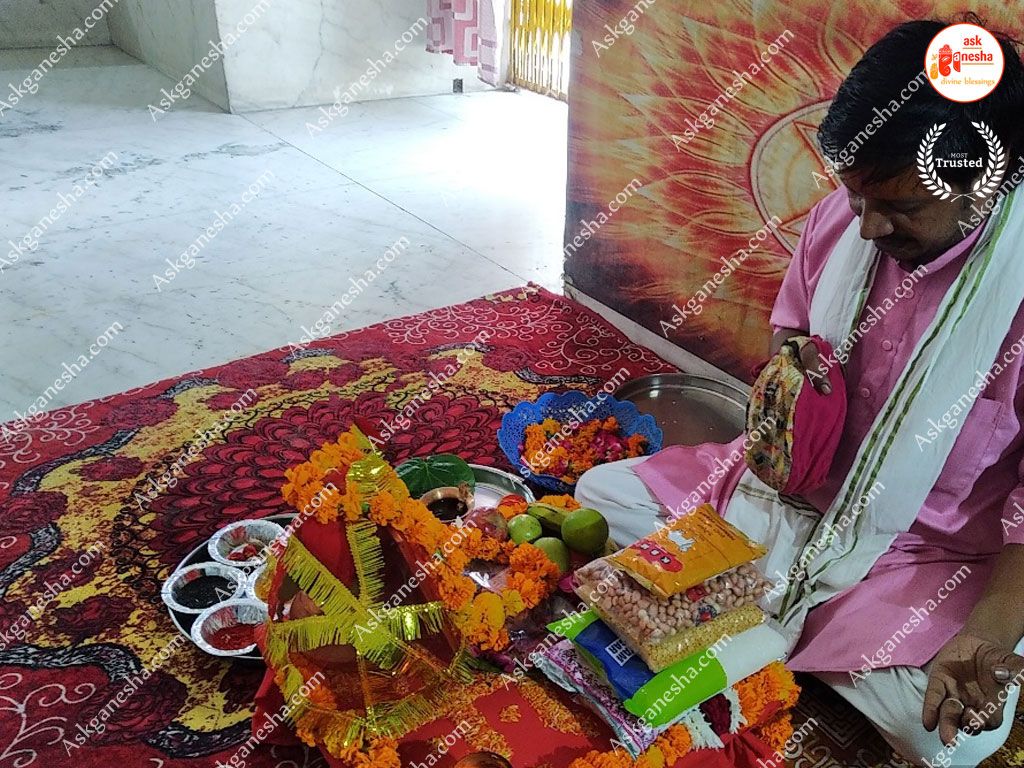 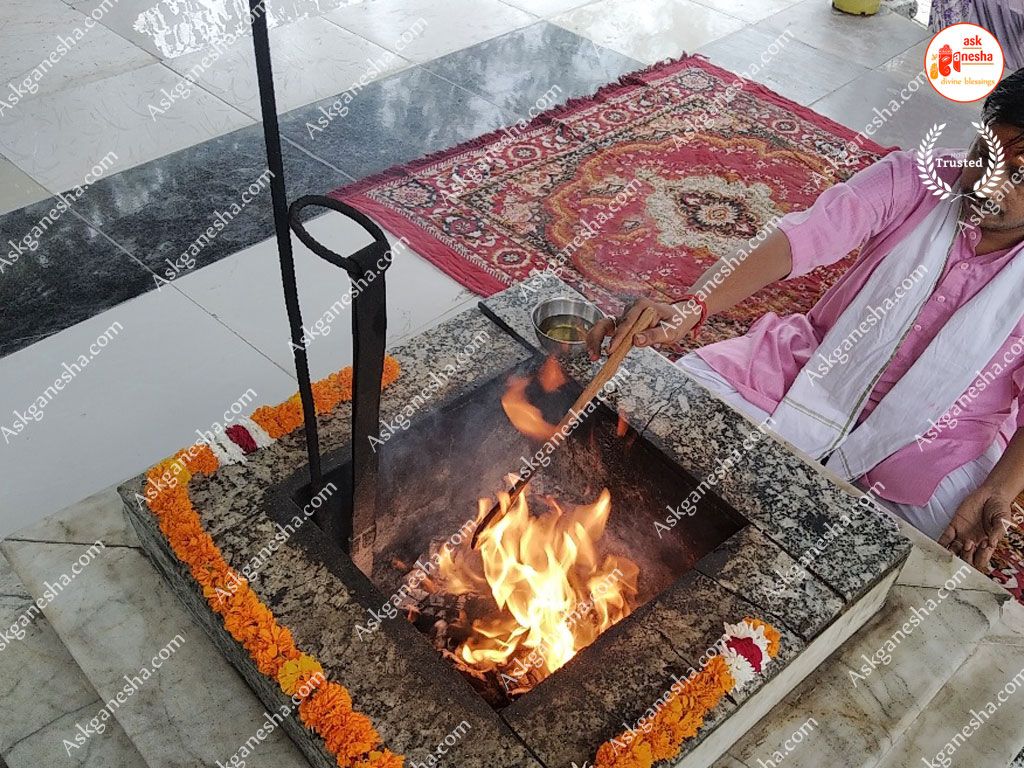 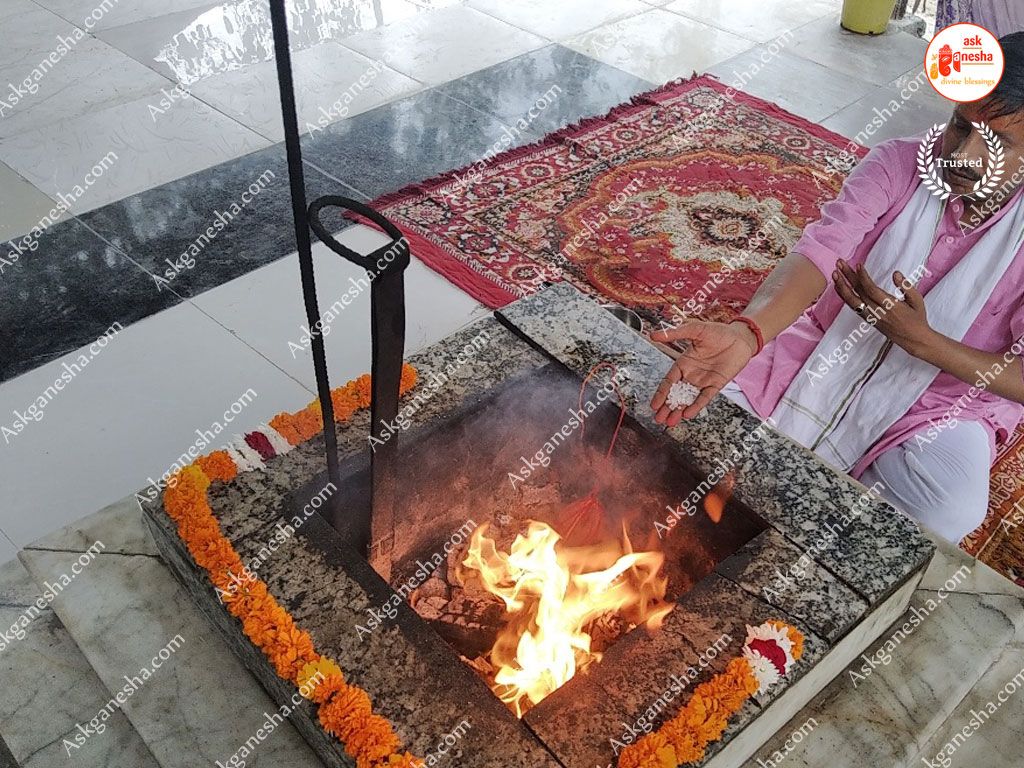 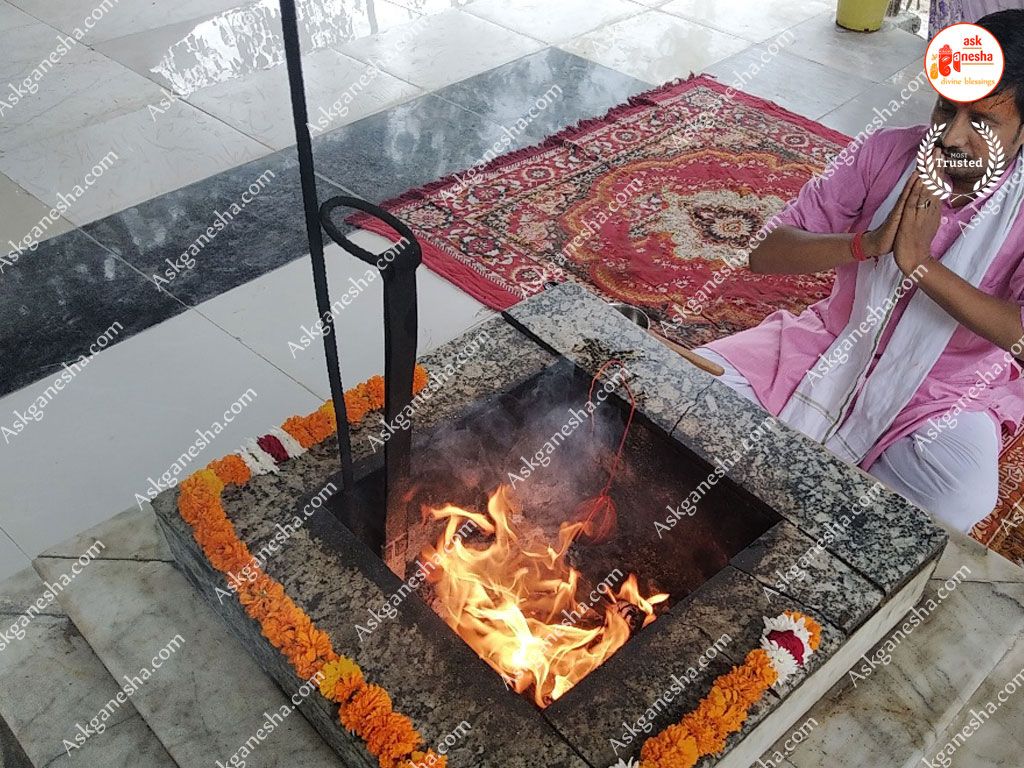 I thankfull to Askganesha for doing puja od Ashtha Lakshami. My cattle were dying of unknown disease, doctor can not save my three buffaloes. Big loss was n me. My aunty ji told me to ask at Askganesha. They tell me do this puja and my sick buffaloes did not die. They all are fine. Thanks Askganesha.

Ashtha Lakshami Puja has helped me tremendously. On recommendation of the Askganesha astrologer, I booked this puja and had recovered from financial crunches very swiftly. My heartiest regards to Askganesha team