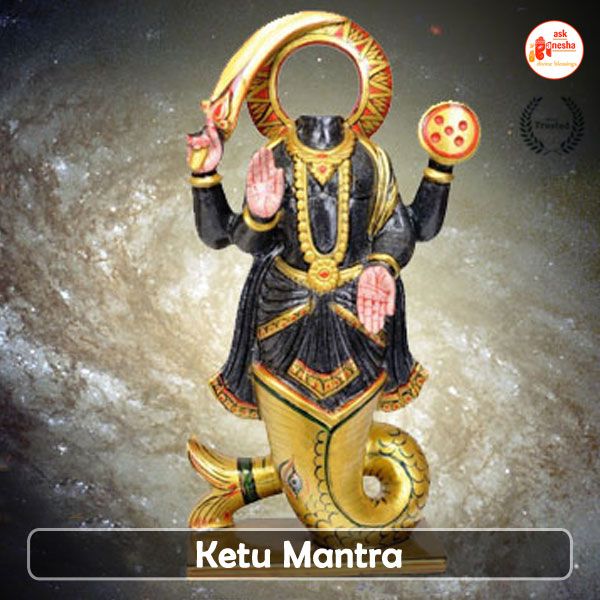 Ketu is a shadow planet as it is invisible to the eyes, representing just a point in the cosmic arrangements. Just like Rahu, Ketu is also feared by people. Ketu is malefic in nature but not as malefic as Rahu. If a person has malefic Ketu in his/her horoscope, he/she will have to bear various mis happenings brought by the wrong positioning of planet Ketu in his/her birth chart. Ketu leads people towards moksha and liberation from worldly comforts and social vices. Ketu leads people towards the path of self-realization, spiritualism, enlightenment and self-abnegation.

Chanting Ketu mantra regularly can completely eliminate the malefic effects brought by Ketu. Ketu mantra recitation helps one achieve higher level of wisdom and spiritual enlightenment. One should start recitation of the mantra on a Tuesday The ideal count is minimum of 17000. To achieve the desired results faster, one can arrange ‘mahamrityunjayjapa’ along with Ketu mantra recitation. This mantra is also to be done when one is undergoing the dasha or sub dasha period of planet Ketu

Other Mantras for Planet Ketu

I bow down to Ketu, who is red like a paalaasha flower, who makes the star-eyed constellation to set, terrible and awesome to behold.