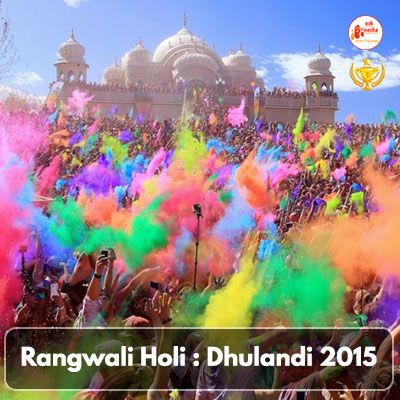 The places associated with Lord Krishna like Mathura, Vrindavan, Gowardhan, Gokul, Nandagaon and Barsana have their own culture and tradition of celebrating the festival. Barsana is famous for its lathmar holi.

Holi is celebrated for 2 days. The first day is known as Jalanewali Holi or holika dahan. The day of Holika Dahan is also called as choti holi. It is known by many names across the India like south India celebrates it by the name of Kama Dahanam Second day is called as Khelne wali holi or the day on which holi colors and holi water comes into play. Also known as Dhulendi by many traditional folks.

The first day of Holi or Holika Dahan is important for one's prosperity and a bright future. One might neglect the Puja Mahurats for othe festivals but one should definitely follow the right Mahurat for Holika Dahan.

Team AskGanesha wishes you all a very Happy Holi. We advice you to play a safe and friendly holi with friends and family. May this festival of color brings happiness in your life.