One Man many Lives - Sanjay Dutt 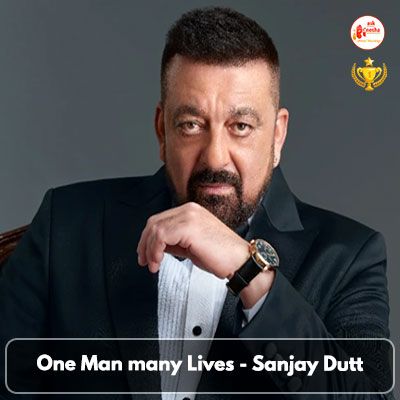 For those who are a fan of the cinema which is both mainstream yet out of the league, would be fans of an actor who is slowly and steadily making a niche for him self he is none other than Sanjay Dutt. Sanjay Dutt hails from a long line of mainstream Bollywood family. He is multi faceted and multi talented he is An Actor, Assistant Director and Producer. Sanjay Dutt, because of his family had to go into the glamorous world of Hindi cinema.

Born on 29th July 1959, Sanjay Dutt is the son of famous actors Suneel Dutt and Nargis Dutt. It is believed that he is a devotee of Lord Shiva and belongs to the Shaivit Hindu. Nargis Dutt died very shortly before he made his debut in Rocky. Rocky was the film, where his father launched him. He was also a child actor with a brief role of that of a Qawali singer for his fathers 1972 film- Reshma or Shera. In the year 1987 he married actress Richa Sharma, who died in year 1996 with a battle that she lost against Brain tumor. Sanjay and Richa had a daughter together named Trishala, in 1988, she at present lives with her maternal grandparents in New York, after the death of Richa Sharma and Sanjays loss in custody battle. He moved on in his life and got married to model Rhea Pillai in 1998; due to irreconcilable differences they parted their ways. Although, he went ahead and married the third time to Manyata (after 2 years of courtship), On October 21st 2010. They have twins a girl and a boy

Sanjay Dutt made his debut with film Rocky in 1981;He went on to do many more successful films like Vidhata (1982), Main Awara Hoon (1983), and a film that came out his post drug addiction phase was Jaan ki Baazi (1985), Many of his films before his departure to US flopped and this one being successful made it a breath of fresh air in a dull atmosphere, and Jaan ki Baazi also proved to be his comeback movie after his series of flops and his contemplation of not coming back to films.

Further, In year 1986 blockbuster film Naam directed by Mahesh Bhatt, became the stepping-stone and a major turning point film in Sanjay Dutts career. This film positioned him in the category of finest mainstream young actor. In Sadak He portrayed the character of an illegal immigrant in Dubai who gets embroiled into the world of crime. Hathyar and Kabza won the hearts of critics as well as boosted his box office collection By the end of the 80s era, he was being casted alongside many big stars at that time and his name was becoming a favorite to be casted in multi starrer films. He enjoyed his success all through 90s with Films like Gumrahh, Sahibaan, Aatish, Yalgaar, and Thanedaar etc.

He went off on to become the best actor that was doing era defining films, like Saajan, Sadak and Khalnayak. The film Khalnayak earned him his 2nd Film Fare award. It was in the year 3 weeks short of the release of Khalnayak that the Mumbai Police, for his alleged involvement in the Mumbai Bombings earlier that year, arrested Sanjay Dutt. His career for next 4 years came to a halt, as he was unable to do films, because of his constant arrests and bails. His career has spanned around 37 years with more than 187 movies. Further, he got his National award for Lage Raho Munna Bhai, a sequel of Munna Bhai MBBS. He is credited to host 5th season of celebrity reality Show BIGG BOSS.

In the year 1993, Mumbai faced series of attacks; Sanjay Dutt was one of the many Bollywood personalities who came under this row of arrests and involvement. He was accused of accepting and keeping of a weapon from the master mind of the Mumbai terror attacks and a dreaded criminal Abu Salem. It was later found out that the weapons that he held were a part of larger consignment that was used for the terror activity. In the April of 1993, he was arrested under the TADA (Terrorists and Disruptive Activities Prevention Act). Although, he was sentenced to solitary confinement and was granted bail in year 1995. Then was again arrested again in the December of the same year and was again granted bail on 1997. And then he was in and out of jail till 2006 -2007.

A movie is made in his name Sanju, with Ranbir Kapoor playing the role of Sanjay Dutt. The film portrays the struggle of Tha actor from his drug addiction to his jail sentences. It is a biopic on a living legend, an actor, a superstar and multi talented. The film aptly depicts, the actors struggle period, with his drug abuse, to going jail and being in and out of Jail. The film is set to release on 29th June 2018. Sanjay Dutt is truly a legend, and the movies made on him prove to be a success. Do a Celebrity Matching at AskGanesha website.
Share: