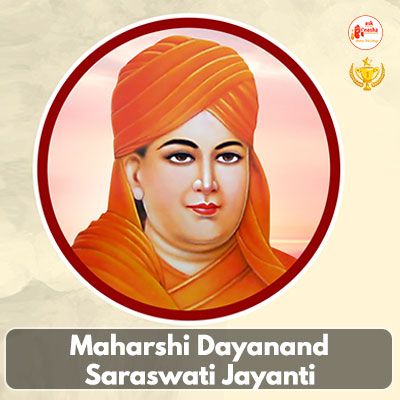 Here are two kinds of people, one who made their country proud and others who lived an extraordinary life to make the whole human race proud. Maharshi Dayanand Saraswasti, born in a Hindu family, dedicated his life for the reforms and betterment of the Hindu society. He will always be remembered as a humanitarian.

Life and work of Maharshi

Maharshi Dayandand Saraswati fought against every system which was oppressive as well as dogmatic in the Hindu society. He believed in the existence of a single god i.e. The Paramatma. He revolted against child marriage and fought against the discrimination of people based on their caste. He brought same minded people together to make his movement stronger and established AryaSamaj in 1875 in Bombay, India.

Celebration of this day

This day is celebrated by many in the western parts of India, even though it is a non-reserved holiday. Shlokas from the four Vedas: Rig, Sama, Yajur and Atharva are chanted and revised in some Hindu families as per the wish of Maharshi Dayananda. Many cultural programmes are held in various scales in different part of the country. In the year 2015, it is celebrated on 14th February.

Significance of this day on the lives of masses