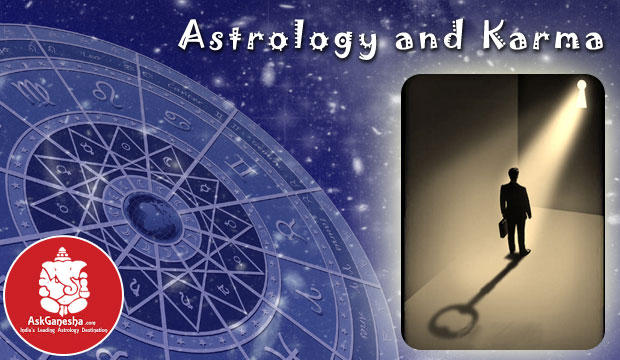 About Astrology and Karma

From the beginning of mankind people have followed the movements of planets and have derived certain patters in them . The sages and the rishis of the Vedic era have associated Astrology with Karma. In the opening verse of the 5,000 year old Vedic text, Brihat Parasara Hora Shastras, the ancient Sage, Maharishi Parashara, tells us that:-

"The Unborn Lord has incarnated as the nine planets, the Nava Grahas, to bestow on the living beings the result due to their karmas. He assumes the auspicious form of the Grahas (planets) to destroy the demons and to sustain the divine beings."


The great Sage then goes on to describe to us the eternal science of astrology and effect of the planets on the destiny of the incarnating soul.

This work is said to be the fountain head of Vedic astrology. It is the bible of this ancient subject and is an indispensable study for both student and practitioner. It would take a lifetime of dedication to master the astrological rules outlined in this great work, and indeed, it is doubtful if one would ever master it, for the true mastery of astrology can only be accomplished by one who has transcended the three gunas, the ego, and the limitation of human thought processes. The entire subject of astrology is a description of our karmic destiny and the vicissitudes of our temporal existence in this world. If we are not firmly anchored in the stability of divine truth, then we are subject to the fluctuations and fickleness of our own minds.

Astrological principles tell us that our moment of birth defines our temporal experience in this world according to the temporal disposition of the planets at birth. The planets operate as guiding impulses from the archetypal world of the Self and they represent our samskars, the mental impressions created from our own past actions. They indicate our talents, good fortunes, state of health and disease, as well as the traumas we are destined to experience.

Read More about Karma and Astrology