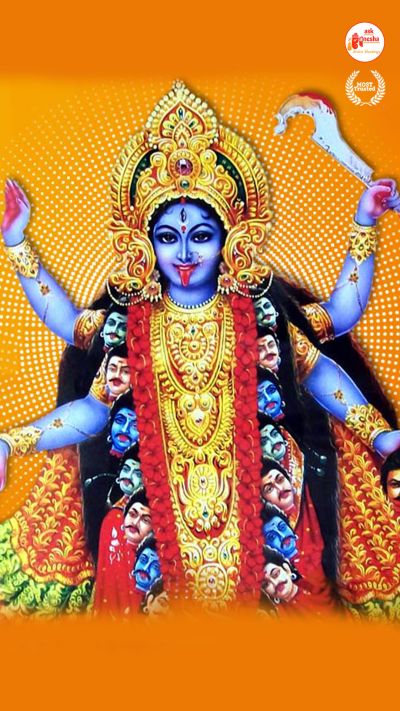 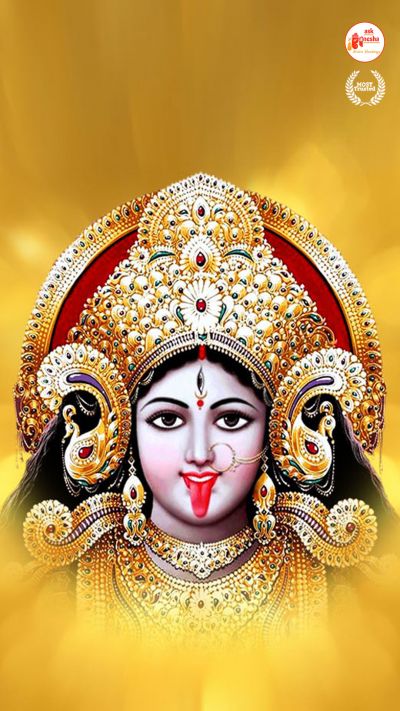 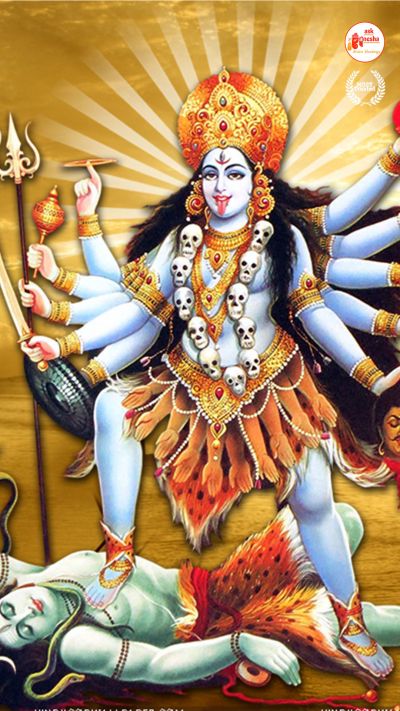 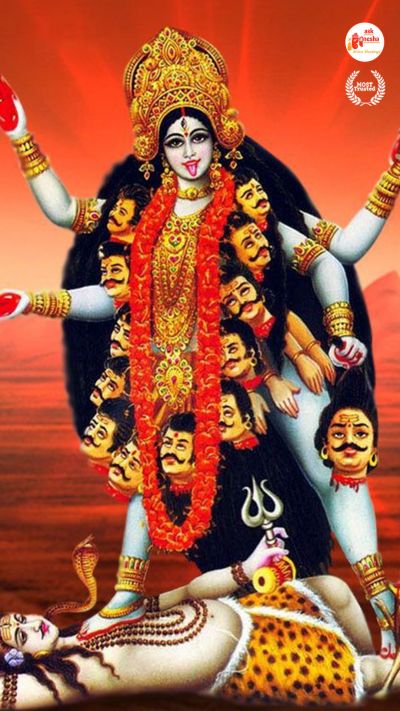 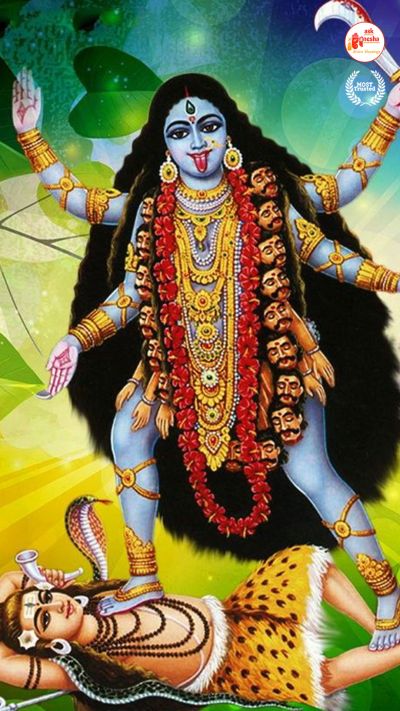 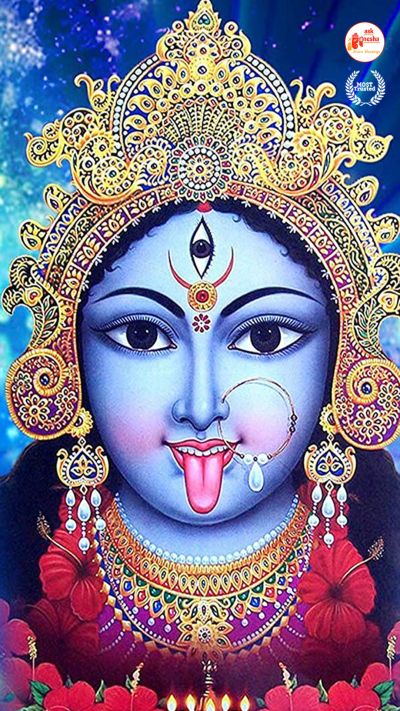 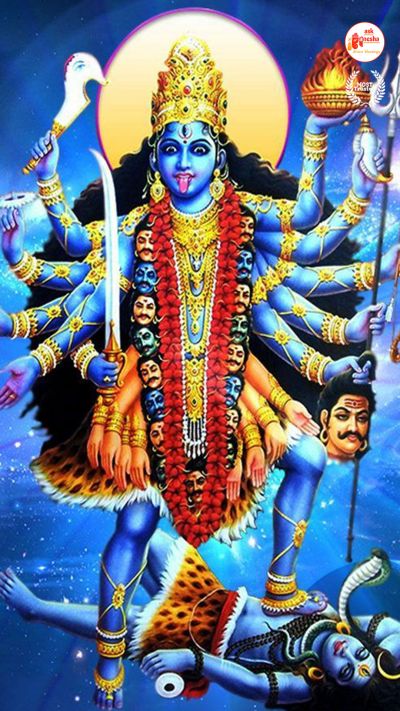 Goddess Kali is the chief of the Mahavidyas, who each are the different forms of the primordial mother goddess Parvati. Kali is considered the most powerful form of Shakti. She is seen as the destroyer of the evil forces and the one who grants salvation. She is the divine protector of the innocents.

She is one of the kindest and the benevolent of all the Goddesses besides having fierce looks. She provides liberation and salvation to her devotees. Goddess Kali depicts energy that is beyond time. She is portrayed in a very fierce manner. She is shown with dark black skin depicting rage and her red tongue hangs out depicting her desire to have the blood of the evil forces. She wears a garland made of skulls. Her eyes depicting anger and death. She is portrayed standing on her consort Lord Shiva, who lies under her feet to pacify her.

Despite her fearful depiction, she is considered as one of the kindest and the benevolent of all the Goddesses. Although she is called the Goddess of death but actually, she brings the death of the ego and the evil forces. She took birth to punish and kill the demons. While she kills the demons, she promotes the idea of spirituality that means after death, the corporeal frame decays but what remains is the soul so everyone should let go of their stubborn ego.

Askganesha brings to you the remedial wallpapers of Maa Kali to be installed on your electronic gadgets. People suffering due to any kind of black magic or evil eye should certainly install these remedial wallpapers on their electronic gadgets. These wallpapers will move with them in their mobile and work as the protective shield and will save them from enemies, evil eyes, and black magic effects.

Every time you will open your mobile or laptop, you will have Darshan of Maa Kali and you will have an opportunity to bow to her and ask for her divine protection against all evil forces. This will help in removing all the negative forces around you which are detrimental to your growth and development, getting married, keeping good health, good concentration and a healthy and safe progeny. People facing all these troubles should install these wallpapers on their electronic gadgets and get the benefit of the divine grace and protection of Maa Kali.