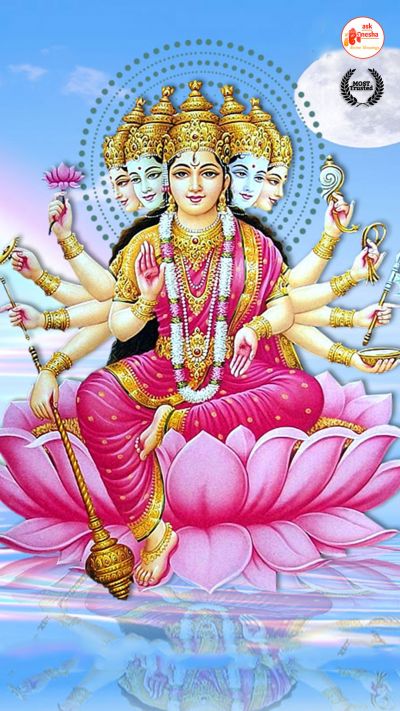 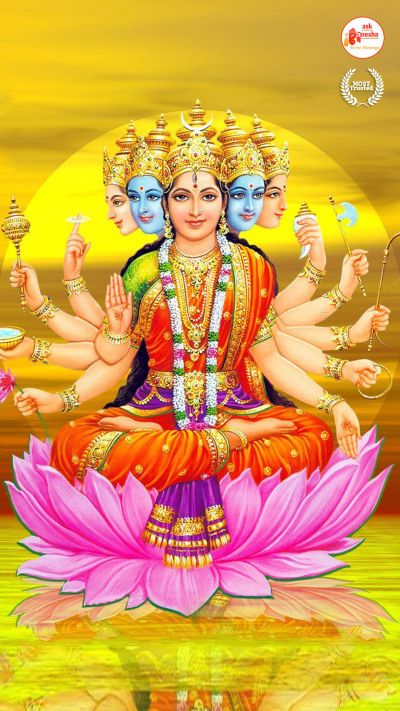 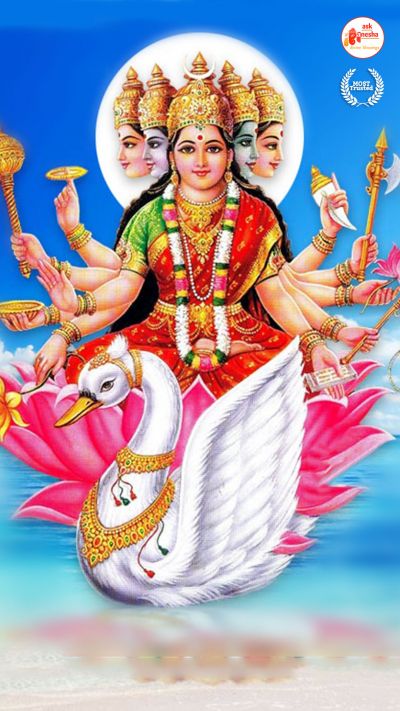 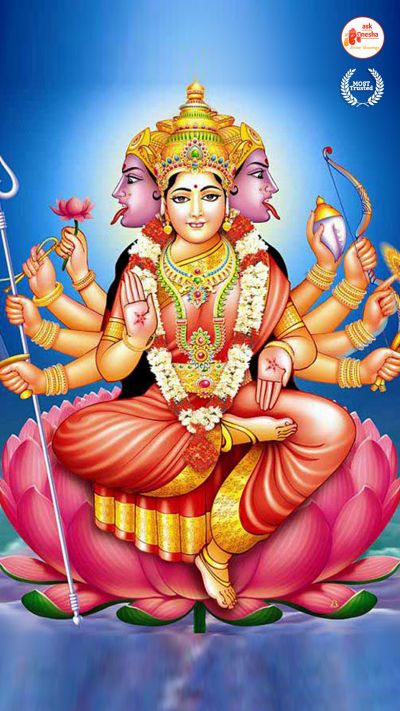 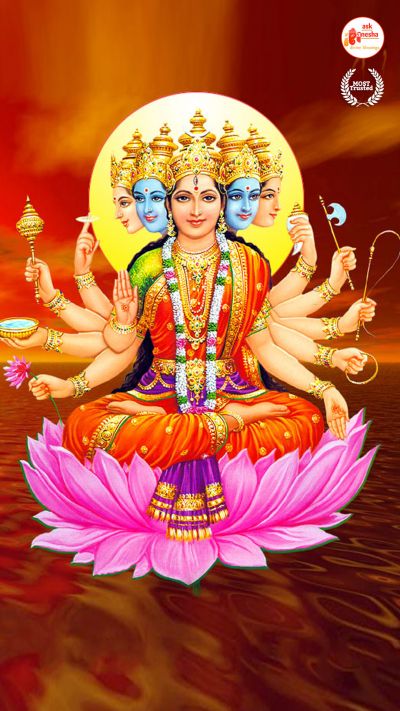 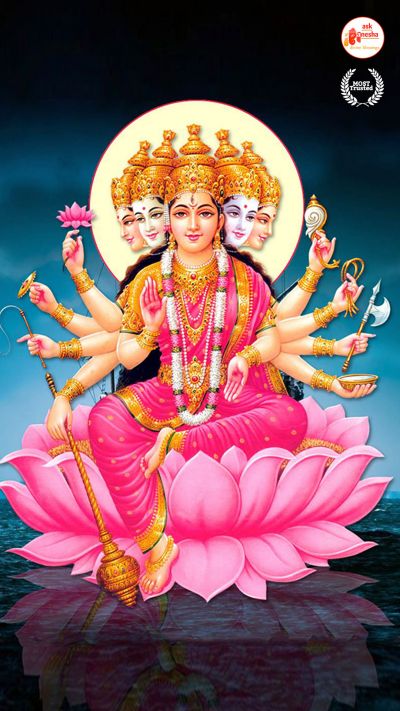 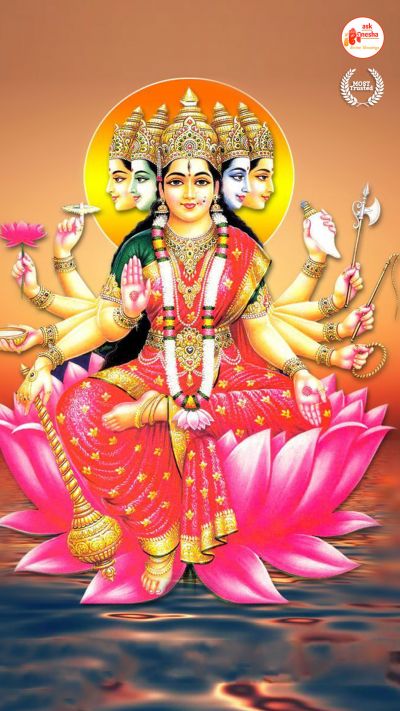 Maa Gayatri is the personification of the Gayatri Mantra and is also known as Savitri and Ved Mata as all the four Vedas are believed to be originated from Gayatri Mantra. According to Skanda Purana, Gayatri is the manifestation of Goddess Sarasvati and the consort of Lord Brahma.

Gayatri Devi is depicted as a very pious form in White clothes sitting either on a white swan or a Lotus flower. She is with four faces each representing four Vedas and has a Veena in her hands representation the mastery over the art of music and many other art forms. According to Shrimad Devi Bhagwat, Gayatri Devi is the Adi Shakti who appears in different 24 forms. According to the Atharvaveda, Maa Gayatri gives age, prana, subjects, animals, fame, wealth and brahmavarchas. Worshipping Gayatri Maa makes a protective shieldthat protects the native in times of difficulties. The wishes of those who worship Goddess Gayatri are fulfilled.

In Hinduism, Mother Gayatri is considered Panchmukhi which means that the entire universe is made up of five elements of water, air, earth, fire and sky. All the animals in the world have their bodies made up of these five elements. Gayatri is in the form of prana shakti within every living being on earth. That is why Gayatri has been considered as the basis of all powers. That is why Gayatri worship must be performed. For our customers, we at Askganesha has come forward with remedial wallpapers of Maa Gayatri in her different forms. One can install these wallpapers free of cost on their electronic gadgets. This will felicitate them with Darshan of Maa Gayatri the first thing in the morning. It will get then the divine blessings of Maa Gayatri to them for their good fortune.

Those who have darshan of Maa Gayatri and pray to her are blessed with knowledge, wealth and happiness. If you are looking to get good marks, clear exams, increase in wealth, better financial position, happiness in life then these Wallpapers are a must for you. We, especially recommend the students to install these wallpapers on their laptops and mobiles, it will be highly beneficial for them. People associated with different forms of arts, crafts and music should also have these wallpapers on their electronic gadgets.