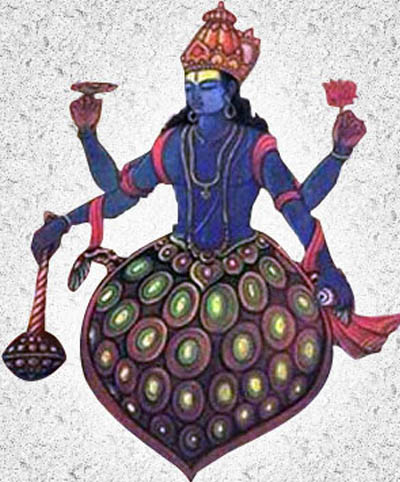 The Story of Kurma Avatar

In KURMA Avatar, Lord Vishnu incarnates himself as a tortoise. It is an interesting story involving both the gods (devtas) and asuras (demons). In the ongoing saga of battle between the gods and asuras, on one occasion the gods suddenly lost all their strength due to a curse by the short-tempered sage Durvasa. The sage had once presented a garland of flowers to Indra, king of gods, who carelessly gave it away to his elephant which trampled it.

The Devtas approached Vishnu for help. Vishnu then asked them to churn the ocean of milk after adding medicines into the ocean. Mt Mandara could be used a the churning stick he said. He requested them to ask them help of Asuras in lifting the mountain in exchange for offer of the share of nectar of immortality that would ensue from the churning. Both the devatas and the asuras churned the ocean using the serpent Vasuki as the rope. At the start, playing a Machiavellian trick, Indra, king of the gods asked the asuras for the head end of vasuki. But asuras suspecting foul play, took the head end, only to be deceived as the poison from Vasuki was slowly weakening them. But as churning was proceeding the mountain was sinking and then Lord Vishnu took the form of the tortoise KURMA and kept the mountain afloat. As soon as the bowl of amrita, the nectar of immortality was out, the asuras grabbed it. Then Lord Vishnu took the form of an apsara, a beautiful maiden, and seduced the asuras into letting her distribute the nectar and also to abide by her order of distribution. As soon as the devatas were served the maiden disappeared thus totally deceiving the asuras and making them totally weak.