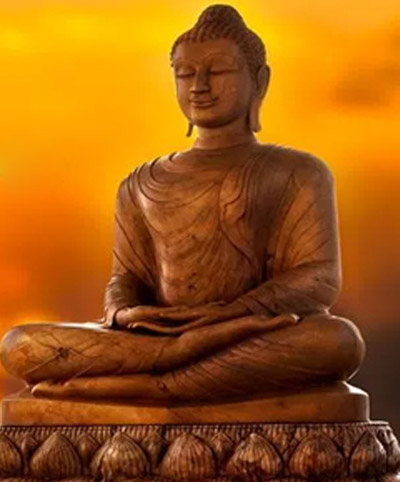 The Story of Buddha Avatar

In BUDDHA Avatar, Lord Vishnu incarnates himself as BUDDHA, the ascetic prince who renounced the throne to lead the world on the path of peace. He is the founder of the BUDDHIST religion prominent across the world. In certain sects of Hinduism, he is considered to be a divine incarnation of Lord Vishnu. He was born the crown prince of the Kapilavastu to Suddhodana and Maya. He was named Siddhartha, meaning "All thing fulfilled" by the king. But his mother died soon after his birth but Prajapati, the sister of Maya, brought Siddhartha up.

Buddha was saddened by death of living creatures, since his childhood days and used to question: "Alas! Do all living creatures kill each other?" He wasn't happy with any answers that were provided to him and he decided to find out the meaning and the absolute truth and he left his wife and child to a hermit's life in the forest and one day, became the enlightened one. His preaching spawned off the religion of Buddhism now popular across the whole world.