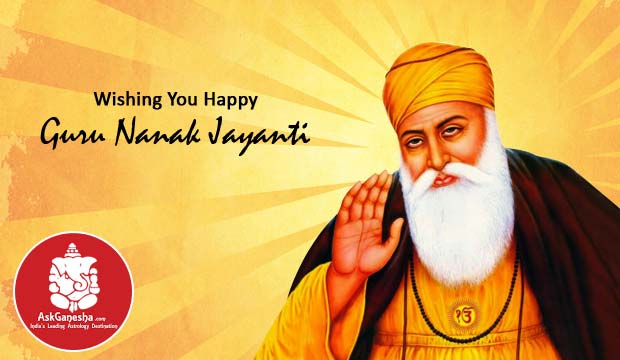 It is one of the most sacred festivals in Sikhism. In Hindi, Punjabi and some other languages Jayanti means birthday.

Guru Nanak was the founder of Sikhism and he summed the basis of Sikh lifestyle as: Naam Japo, Kirat Karni and Wand kay Shako, which means meditate on the holy name, work diligently, honestly and share one's fruits. The guiding principles of the Sikh faith are truth, equality, freedom, justice, and karma.


Sri Guru Granth Sahib or Adi Granth, is the religious text of Sikhism and the Sikhs consider this as their supreme teacher. It is the final and eternal guru of the Sikhs and the tenth Guru, Guru Nanak appointed Sri Guru Granth Sahib as their final and eternal Guru. Non-Sikhs can also take part fully in Sikh ceremonies, prayer meetings, and social functions as their daily prayers include the well-being of entire mankind. The opening hymn of the holy Guru Granth sahib expounds the nature and attributes of God.

Gurpurabs or the birthdays of Guru Sahib usually last for three days. Akhand Path is held in the Gurdwara before the birthday. Also a large procession is taken out one day before the birthday. This procession is led by the Panj Pyaras. They head the procession carrying the Sikh flag known as the Nishan Sahib and the Palki of Sri Guru Granth Sahib. In the procession there are people from various walks of life. Some of them are students from different schools, some are eminent citizens and some of them are devotees who sing hymns from Guru Granth Sahib in chorus. The Gurudwaras are decorated with flags, flowers, religious posters and all. Also the gates are decorated and banners depicting various aspects of Sikhism are displayed. On the Gurpurab day, the Divan begins early in morning at about 4 or 5 a.m. with the singing of Asa-di-var and hymns from Guru Granth Sahib. Sometimes it is followed by katha (discourse) and there are also religious and Sikh historical lectures and recitation of poems in praise of the Guru. Kirtan-Darbars and Amrit Sanchar ceremonies are also held in the Gurdwara hall. After Ardas and distribution of Prasad or the sweet pudding, the Langar is served to one and all and there is kirtan till late in the night. The distribution of langar continues to the end of the programme. The idea behind the free lunch for all people is that people should be offered food in the spirit of seva (service) and bhakti (devotion).

Guru Nanak Gurupurab is celebrated by the Sikh community all over the world and is one of the most important festivals in the Sikh calendar. The celebrations are especially colorful in Punjab and Haryana.