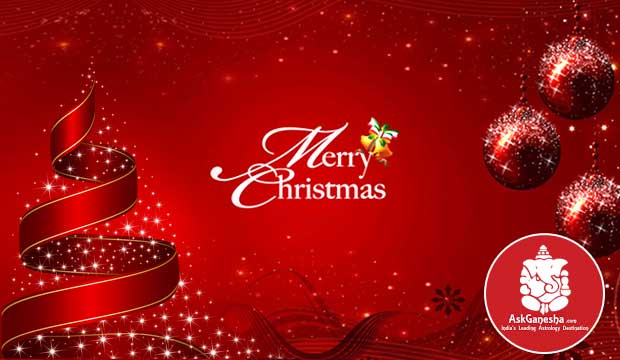 The upcoming schedule for Christmas Day is on dates: 25 December, 2022

Christmas, although is the festival of Christians yet it is celebrated by people from different religious background. And throughout the world 25th December is observed as the secular holiday. Christmas can be counted as one of the most popular festivals that fills joy, happiness and love in people life. Christmas is accepted as the day that reflects power, glory and salvation of Jesus Christ.

Although there are numerous theories associated with the origin of Christmas yet the most important theory is related to the birth of Jesus Christ. Christmas story dates back over 4000 years and at that time Rome, which was a great empire was ruled by Caesar Augustus. Now, it so happened that in Nazareth, Israel lived a young virgin by the name of Mary. She was soon to be wedded to Joseph, who was a Jewish carpenter. Mary became miraculously pregnant because she was chosen by Gods to give birth to Gods Son and he was to be named Jesus. Although Joseph was unhappy about her pregnancy, his doubts were clarified when he dreamt about the miraculous pregnancy of Mary. He, thus accepted Mary as his wife. During that time a census calculation was going on and as per it Joseph and Mary had to go to Bethlehem. It was night already when they reached Bethlehem. They took shelter in some caves in a stable room. Joseph cleaned it and made beds of fresh hay. Mary gave birth to a son the next night and named him Jesus. A shinning star appeared on the sky over Bethlehem when the child was born and it could be seen for miles. Nearby in the fields there were shepherds who were tending to their flock of sheeps. They got scared by seeing this and tried to flee. But the angels assured them and told them that there was a good news as the Saviour, who is the Christ Lord is born. The shepherds set out for Bethlehem once the angels departed and saw the child and soon spread the word that the Saviour of the world was born. Moreover, as the star shined three Kings of the east saw it. Knowing that it was a sign they set for their journey to meet the new born child. After traveling across mountains, deserts they finally reached Bethlehem and found the child in the manger. They bowed to the child and offered different varieties of gifts including gold. The next day when they returned to their respective empires they spread the news amongst the people.

How is Christmas celebrated

The passage of time has seen numerous changes in the celebration of Christmas. Originally Christmas was celebrated to honour the birth of Jesus but now-a-days Christmas is a merry hearted event. There are different things associated with traditional celebration of Christmas. One such is the burning of the yule log, which is supposed to be cut from red oak trees. And this is supposed to be burnt all of Christmas Eve and into Christmas day. Also snow is associated with Christmas on a very popular scale. There are events such as skiing, snowboarding, sled riding etc. The evergreen holly tree is also worshipped. This is so because this tree did not die in the winter and is a sign of eternal life. Some of the religious groups are of the view that the crown of thorns placed on Jesus head was made of holly. Again there are the cookies that are used as a way of thanking Santa Claus for all his hard work on Christmas Eve. Santa Claus, originally known as Saint Nicholas was the patron of children and sailors. The bishop was immortalized because of his generous and loving nature. Moreover, there are very beautiful decorations with lights on Christmas trees and in the houses of the people. There is also the custom of singing Christmas carols. It is considered as a bad luck if carolers are send away empty handed. Thus, they are to be offered food, drink and also little money. Christmas is thus a festival associated with huge merry making and fun and is celebrated with equal enthusiasm and excitement all over the world.