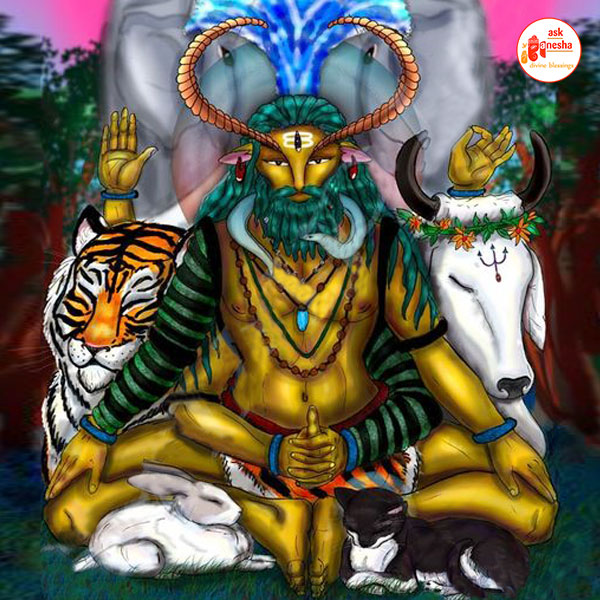 Pashupati means the 'Lord of Animals'. Pashupatiis an incarnation of Lord Shiva. It is believed that the one who carries out homaregarding Pashupatinath is greatly benefited in a materialistic way and all the financial problems and crises die out permanently.

Pashupati is the 'Lord of Animals'. Pashupati is an incarnation of Lord Shiva, also known and revered as 'Pashupatinath'. 'Pashupati' is a Sanskrit word derived from two words, 'pashu' meaning 'animal' and 'pati' meaning protector. Thus Pashupati literally means the Lord who protects the animals. Pashupatinath is reverd by the complete hindu community all over the world but his significance lies more in Nepal. Pashupatinath is regarded as the national diety in Nepal. The Pashupatinath temple is considered as the most sacred place in Nepal that is located at the banks of the river Bagmati. Pashupatinath is depicted as having five faces, the five faces symbolises the various avatars of Lord Shiva namely Sadyojata or Barun facing west, Vamdeva, also known as Uma Maheshwara facing North, Tatpurusha facing East, Aghor facing Southand Ishana facing Zenith. The five faces represents five elements of Hinduism i.e. earth, water, air, light and ether. The idol of Pashupatinath is basically a five faced linga seated on Lord Nandi.

Lord Pashupati originated when Lord Vishnu and other Gods named Lord Shiva as Pashupati. At the time of Tripura Samhar, Shiva became the Lord of Demons and destroyed Tripura, the three cities of illusion that was being ruled by asuras Kamlaaksha, Taarakaaksha and Vidyunmaali who were wreaking havoc by attacking Gods and sages. It is believed that humans who are blinded by their own ego and are untouched by the pain and emotions of others, are also animals, by worshipping Lord Pashupati, they can attain liberation.

It is believed that the one who carries out homam in regard to Pashupatinath is greatly benefited in materialistic way and all the financial problems and crisis dies out permanently. In this puja, mantras are chanted for several days with the help of a Purohit and yagna is carried out.