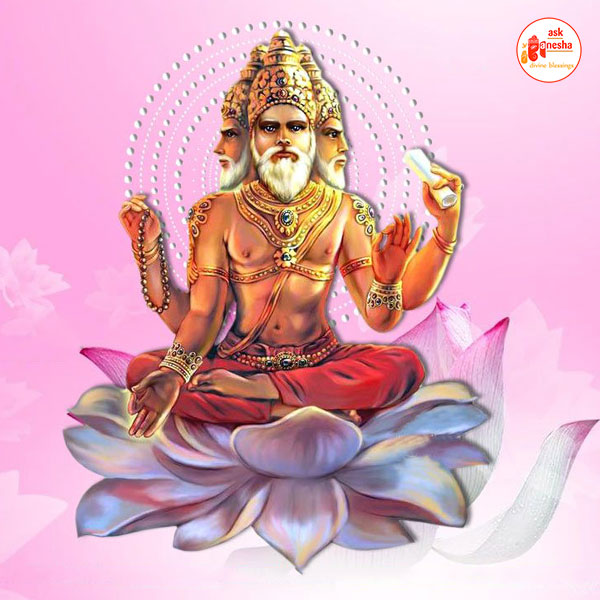 One of the Tridevas, Brahma is known as the creator of the world. The whole creation and its cosmic activities derive its source from Lord Brahma, the supreme God. The Vedasand other Hindu scriptures are attributed to Brahma and thus he is considered as the father of Dharma.

In Hinduism, the world is said to be created by three Gods, the Trinity that includes Lord Brahma, Lord Vishnu and Lord Shiva. Lord Brahma is said to be the creator of the world and the human kind, while Lord Vishnu is the sustainer and Lord Shiva is the destroyer. The whole creation and its cosmic activities derives its source from Lord Brahma, the supreme God. Lord Brahma has four faces and is also known as Svayambhu (self-born). The vedas, the oldest and holiest of Hindu scriptures are attributed to Brahma and thus he is considered as the father of Dharma. Lord Brahma is found more in books and scriptures than in homes and temples and it's hard to find a temple dedicated to him solely (one being in Pushkar in Ajmer).

In Hindu mythology, it is said that Lord Brahma sprang from a golden egg or embryo and that is why he is often referred to as hiranya garbha, the ball of fire from which the world develops. Brahma created good and evil, light and dark from himself. He created four types: the Gods, the Demons, the ancestors and the men. Then he created all the living things on the world. Brahma had several wives, the most important being his consort, Goddess Saraswati. Lord Brahma created all knowledge, sciences, arts, music, dance and drama. Brahma rides a chariot drawn by seven swans representing the seven world.

How to worship Lord Brahma

It is believed that worshipping Lord Brahma helps the native to gain materialistic good and to fulfil his specific wish. A specific count of Brahma mantra is recited which helps to connect the native with Lord Brahma along with havan which is performed by a well versed purohit. It can be performed on someone's behalf as well. Generally this puja is started on auspicious day and the Purohit is able to complete the mantra recitation and puja in 7 days.