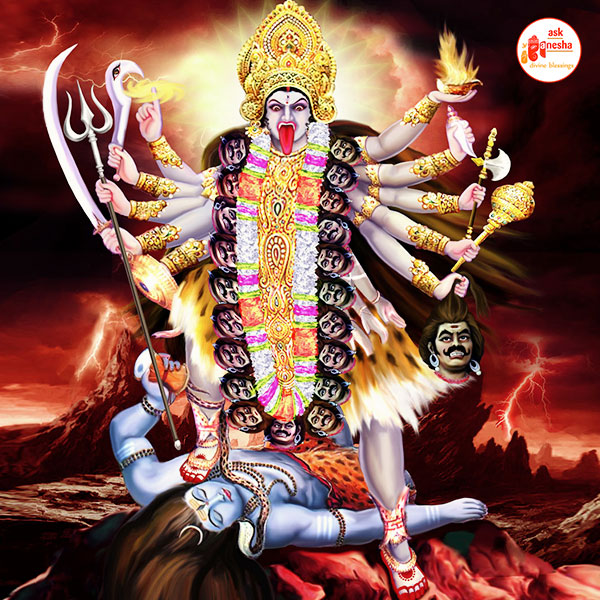 Bhadrakali is the fierce form of Kali that protects the good from the evil; bring good fortune and prosperity in the lives of the devotees.Bhadrakali appeared from the third eye of Shiva to kill demon Darika.

Bhadrakali is one of the most powerful forms of Goddess Parvati or Devi. Goddess Parvati is the consort of Lord Shiva and Bhadrakali is one of the nine forms of Devi. The word 'Bhadra' is a Sanskrit word that means the one who blesses with good fortune and protects from the evil. Thus Bhadrakali is the fierce form of Kali that protects the good from the evil, bring good fortune and prosperity in the lives of the devotees. Her fierceness is projected by her three eyes, four hands in which she holds the head of the demon in one, and a number of weapons in others. Her tongue is out all red with the blood and she wears crown on her head, wears a garland made of skull and flames flowing behind her head. She stands on Lord Shiva while he lays calmly under her.

There are temples of Bhadrakali all over India namely Himachal Pradesh, Gujarat, Jharkand, Kerala, Madhya Pradesh, Oddissa, Rajasthan, Tamil Nadu, Telangana, Uttar Pradesh, West Bengal. It is said that the one who worships Goddess Bhadrakali is blessed with Good health, fortune and prosperity and his/her life. A pooja along with chanting of mantras can be performed with the help of a well versed purohit. 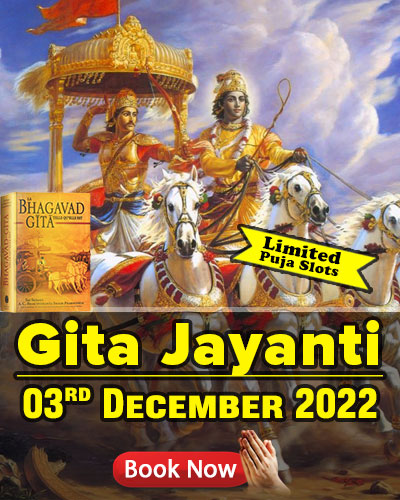