As per Hindu mythology, Once there was a fierce demon named Rambhasur. He took a liking to a lady buffalo and decided to marry her. And soon a son was born to them. He was named Mahishasur, which meant son of a buffalo. Mahishasur was born with superhuman powers. Soon Mahishasur became the king of the demons and wished an immortal status for his life. With this purpose, he began a long penance to please Brahma Ji. He began to pray to Brahma, the creator, standing on one foot under a tree, without eating anything anymore. Many years passed and Mahishasur grew stronger and stronger due to the power of his penance. The longer he stood, the more strength he gained. Soon the power of his penance was felt through all the three worlds. Even Brahma the creator felt its presence and decided to reward him. He appeared in front of Mahishasur and spoke, “what is it, for which you are doing such a hard penance, Mahish?”

Mahishasur asked Brahma, ‘Lord, grant me the boon that I cannot be killed by either a man or a god. If I have to die, it should only be at the hands of a woman.’Being such a gigantic demon, he was confident that no woman would be strong enough to kill him.

‘It shall be as you ask,’ Brahma said. ‘You will meet your death only at the hands of a woman.’

Mahishasur was pleased and became arrogant. His terrible laughter rang through the earth. And Mahishasur lost no time in unleashing a reign of terror. Soon, all the inhabitants of the earth were living in fear of the demons.  Mahishasur then decided to challenge the Gods. The gods had heard about the coming attack and were quite worried.

Mahishasur came to the battleground in the form of a huge buffalo and was leading the demons. All the divine weapons of the gods proved useless before his strength and the gods began to flee in despair now.

With shouts and whoops of delight, the asura army drove the gods out of heaven. They occupied Indra’s palace and poured into the streets of Amravati, singing their frightful songs of victory.

'Now I am the lord of the three worlds!' Mahishasur yelled as he sat down on Indra’s throne.

There was no one left to check Mahishasur’s oppression now. He did what he wanted and the people of the earth suffered terribly.

All the Gods including Brahma, Vishnu, and Shiva gathered and thought about the ways to kill Mahishasur. Brahma Ji told them he had granted him aboon that he be killed by a woman only. So, all the Gods evinced their divine powers collectively and it took the form of a woman! All the Gods presented her with divine clothing, ornaments, and most importantly their lethal weapons to that woman. Her face was created by Lord Shiva and her torso crafted by Indra. Her breasts were made by Chandra and her teeth by Brahma. The lower part of her body was made by Bhudevi, Varuna sculpted her thighs and knees, and Agni created the Goddess’s eyes. Thus she was a supreme power created with a combination of the powers of all the other gods. So was born Goddess Durga or ‘Mahamaya', the Great Mother of the Universe, who ensures creation, preservation, and destruction of evil forces in the universe.

They all named her Devi Durga and worshipped her. She appeared fierce and ready to kill Mahishasur. Gods were pleased.With their blessings, Durga mounted the tiger, her ride presented by the Himalaya, and set out to destroy Mahishasur.

As she approached Amravati, she let out a mighty roar that shook the mountains and created huge waves in the seas. Mahishasur asked his soldiers to find out what was happening.

When he heard that a woman was challenging him, he laughed and said, ‘Tell her that I will be happy to marry her.’

“I am Mahadevi and my husband is Mahadeva. I have come to ask Mahishasur to leave Amravati and return to his place below the world. If he doesn’t go, I will destroy him!’ replied Durga Devi.

When he heard this reply, Mahishasur flew into a rage. He sent his leading warriors to destroy Durga, but to their astonishment and horror, one after the other the boastful warriors were finished off.

The demon king got the news and became even more furious. Mahishasur attacked the goddess along with an army of asuras. But Durga immediately created a huge troop of soldiers from her breath to fight back. Mahishasur tried all the tricks he knew. He kept changing shapes to confuse the goddess. From a man he became a lion, then an elephant. But each time, Mahadevi wounded him severely with her weapons.

The battle raged for nine days. Finally, the goddess killed the asura, who had taken the form of a huge buffalo again. She beheaded him with the chakra which Vishnu had given her.

Thus she freed the world from Mahishasur’s tyranny. Indra and the other gods returned to the heavens again, and all was well. Since then, Durga is worshipped during the Navratras and is addressed as Mahishasur Mardini. 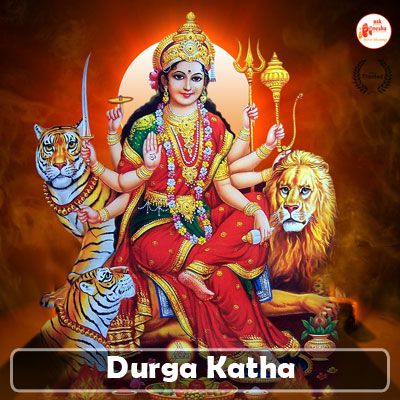 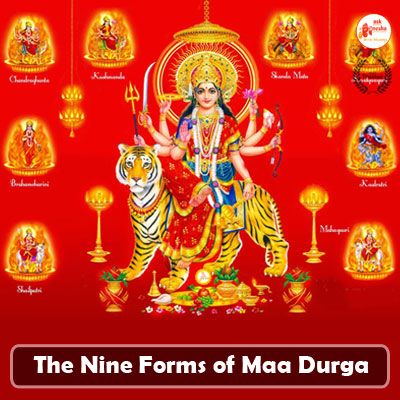