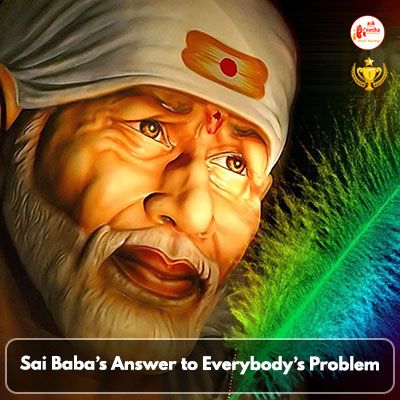 A mystical and spiritual Guru that existed at the time, when India was fighting a war for its independence. His devotees regarded him as a fakir, and a Sat Guru who was also considered as the incarnation of Lord Shiva. He was equally revered by the Hindus and Muslims alike. Also he was a preacher of importance of the realization of self. He believed in the one God and said that the master of everyone is one. Sai baba with meditation he got Siddhi or some magical powers, at the same time he did not misused this power.

He believed in the power of brain and mind, like ancient sages he also said that a powerful mind with concentration can light lamps, which are far away. Sai Baba is called the Absolute God, considered as one of saints of India, possessing supernatural power, he is has a huge line of devout devotees. He united all religions and he the factor for unifying the Hindus and Muslims at the time when India was facing a turmoil.

Sai Baba, asked his Hindu devotees, to read the Bhagwat Gita. And, his Muslim followers to read holy Quran, and imbibe the principles in everyones lives. He advised his followers and discipline to lead a moral life, to love all and not to discriminate with anyone. Sai baba gave importance to fulfilling ones duty without being attached with earthly possessions. It is necessary to detach oneself for fulfilment of duty. Sai Baba interpreted the religious texts of the two prevalent religions at that time, for Hindus and Muslims. He explained the meaning and spirit of Hindu texts in terms of Advaita Vedanta. And believed in three main spiritual paths for Hindu _ Bhakti, Janm yog, and karma yog. He believed in eating that you get from hard work. And he used to go door to door to ask for alms and use to cook the food that he would have gathered that day. Another point that he stressed on was the doing charity and sharing for him was important .

The miracle is here and Sai Baba finally answers all the questions and concerns deep in heart. The marvel here is that Shirdi Sai Baba will answer your questions. Its as easy as day you can ask him for the solution to any of your problem and seek his guidance to proceed further. He blesses his devotees by lending his hand if the devotee is about to fall. Sai Baba believed that the God is nothing without their devotee. So he considered self to be the slave of the other. He said that he is the slave of his devotee.

At our website, you can ask Sai any question that is in your heart. The question can be anything, all you have to do is to look at the Sai s image think of a question you seek the answers for and press on the image and in a matter of few seconds you will get the answer. We also have a Sai Prashnavali. Doing this activity will just require your few seconds and clear mind.
Share: