How Will Google Perform Under Sundar Pichai??? 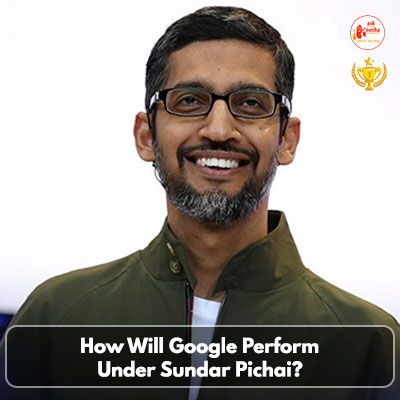 Share:
Pichai Sundararajan, better known as Sundar Pichai, born on July 12, 1972 in Madras, is a technology executive who is Product Chief at Google Inc. Pichai was announced as the next CEO of Google on August 10, 2015.
Pichai earned his degree from Indian Institute of Technology Kharagpur (IIT KGP) in Metallurgical Engineering. Sundar's professors at IIT recommended he pursue a PhD at Stanford University, but he decided to pursue MS and MBA degrees instead. He holds an MS from Stanford University in Material Sciences and Engineering and an MBA from the Wharton School of the University of Pennsylvania, where he was named a Siebel Scholar and a Palmer Scholar.
Pichai joined Google in 2004, where he led the product management and innovation efforts for a suite of Google's client software products, including Google Chrome and Chrome OS, as well as being largely responsible for Google Drive. He went on to oversee the development of different apps like Gmail and Google Maps.
Astrologically, he is endowed with intuition, energy, courage, self-confidence, and enthusiasm. He is inclined to be passionate for his work and responsibilities. His weakness is the difficulty to step back or a kind of boldness that may prompt him to do silly things. His chart favours all kinds of new ideas and mind speculations. He is able to concretely appreciate a situation and its stability. He is definitely preferred to play the role of a loyal, obstinate and hard-working person, rather than to try new and risky experiences. He is more concerned about actions than reflection, but he sometimes rush without standing back and without the deepness that is needed. However, his spontaneity prompts him to take fresh starts, even after repeated failures caused by rashness. He has plenty of planning and organization skills and enthusiasm. His helpfulness is deep and he never hesitates to solve other people's problems. He is thought of as a reliable person and he enjoy it very much. He believes in his own capacities and he tends to speak with a dramatic pomposity because he wants to attract attention. People who do not share your opinion are in trouble. His determination is strongest and he may show stubbornness and inflexibility because he does not easily accept it when his ideas or his actions are criticized. Some people believe that he asserts himself in an authoritarian and condescending way, but he is not aware of it and therefore, he keeps on thinking that he is right.
Numerology can enable us to analyse what this decision is likely to bring for Google, Alphabet Inc. and Sundar Pichai.
His Name Number 4 makes him knowledgeable but quite self-obsessive and his birth number 12 blesses him with excellent leadership skills. This is quite evident when we look at his success graph. He completed his engineering degree from Indian Institute of Technology, Kharagpur and went on to complete his Masters from Stanford University. He has done his MBA from Wharton School of the University of Pennsylvania and also captained his school Cricket Team to victory at Tamil Nadu regional cricket tournament. He rose from managing search bar in browsers to lead the company's multi-billion dollar Android business. His number 4 give him a very successful career.
The only and the most worrisome problem of having a name number 4 is that it gives the native tremendous success but it also brings them a sudden downfall. Some examples proving this observation are Harshad Mehta, Ketan Parekh, Ramalinga Raju and Suresh Kalmadi. They all have been involved in some of the biggest scandals in the country and seen success as well as failure overnight. Alphabet, the new parent company of Google has a Name Number 29 and has 8 alphabets. This combination of 29 and 8 is extremely unfavourable. It is expected to bring legal issues, delays and problems for the company. Michael Jackson also had 29 and 8 as a combination of numbers affecting his life and career. He saw remarkable success and astonishing failure.