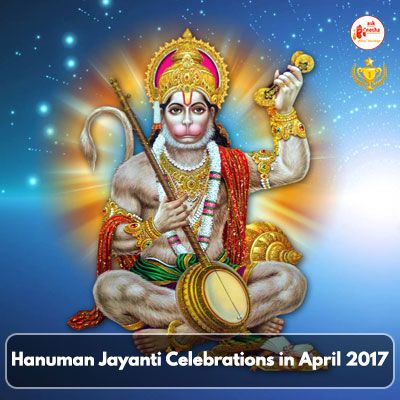 Hanuman Ji, a wholehearted devotee of Lord Rama. He is worshiped for his soulful devotion towards Lord Rama. The 15th day of Shukla Paksha has rejoiced as Hanuman Jayanti. And this day is celebrated by a major Hindu population. In order to venerate the birth of the Vanara God. Inthe month of Chaitara, the full moon night (purnmasi) the lord is believed to have born. You will find huge masses of devotees flocking in Hanuman temples. It starts from early morning itself. Further, the birth of the Brahmachari God is marked as an important festival in the Hindu culture. This year, Hanuman Jayanti will be celebrated on the 11th of April, Tuesday. On this day, the devotees visit the temples to perform the Aarti, read Hanuman Chalisa.And apply orange sindoor tilak on their foreheads from the idol of Hanuman Ji covered with sindoor. Although, the reason behind his idol being orange goes back to the end of Tretayug (2 million years ago). He is also believed to be covered in Orange and light red Sindoor. The deity has the magical powers to build or destroy anything with his strength. And his character is also looked upon as a symbol of power and force. He can also do anything from moving the mountains to swallowing the sun. The god is also knownfor overpowering the evil.

He is widely worshiped on the Tuesday of every week. There are several benefits one earns by performing puja every Tuesday. Although, If you are aggressive and violent in nature, an early morning Puja. And fasting will also turn out to really help for the tranquility of your life. The things required for the puja necessarily include a yantra/ frame/ murti, red cloth. Along with some fruits (preferably banana), energized agarbati, water, kumkum, flowers etc. Although, the fasting on Tuesdays helps one achieve respect, power, and strength. For better results continue the fasts until 11 Tuesdays. Related remedies- Hanuman Yantra Hanuman Pooja Lord Rama Pooja Maa Sita Pooja Energized incense sticks