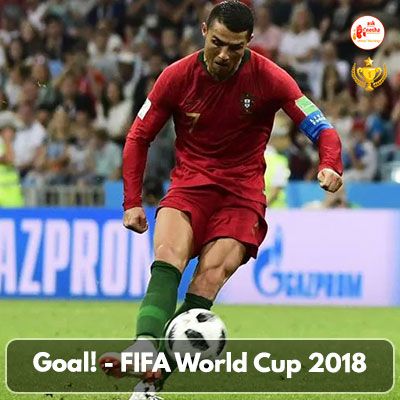 The Americans call it football, and the Brits call it soccer. Whatever the name the passion is the same for this sport. The sport leads to fights and battles and is the way to earn money as bets goes high. It brings family together in front of TV, or game parlor, and in stadium. It becomes a religion and even a way of life for some. Like cricket is a religion and it is a sport that spans across the nation. So is football to mainly European, Asian and some south-east Asian Nations. The FIFA world cup is the trophy that every football playing nations wants to win.

Often termed as the World cup of Football is an international even that brings forth the International players of various clubs and association to battle it out for a coveted trophy. Since its inception from 1930, the trophy has been awarded in every championship after every 4 years. Two times it was put on hold was in the year 1942 and 1946, because of the World War 1 and World War 2 were going one. The defending Champion of the World Cup of 2014 was Germany (Now even out of world cup league). FIFA is actually a short form of Fdration Internationale de Football Association (Federation of International Football Association). The current format that is adopted by the FIFA body is that there are qualifying matches that takes place in preceding 3 year years to World cup. And based on the club and the countrys performance in these matches, that the selection is done. From the qualifying teams only 32 countries are selected including the host nations, who then battle it out in tournaments for a month.

Up till now there have been 20 World Cup Matches, of which 5 World Cup titles have been won by Brazil. They become the only team to hold the record of playing in all the tournaments. Four time winners are Germany and Italy, Argentina with Maradona has won twice along with Uruguay, and England, France and Spain winning one 1 times each.

Initially the venues of the Matches were fixed according to the attendance at the FIFA Congress. The locations were controversial because both the US and the European were the two areas. These areas had highest concentration of Football players, and the travelling between them took 3 weeks of travel by Boat. The First world Cup was held in Uruguay, in which only 4 teams competed. With lots of boycotts and controversies, it was decided in year 1958 by the FIFA council, that the hosting of the event will be alternatively done by America and European nations, this agreement was seen to have survived for 30 years 1998.

The Host is now being selected by an exhaustive ballot system. The system now involves a process that is carried out by a vote by FIFAs council. Wherein a country desiring to host the events receives Hosting Agreement from FIFA Body. This agreements states the requirements and dos and donts that are expected to be observed for a strong bidding their favour. The bidding committee also receives this form. After which the FIFA committee visits the candidate nation to see the requirements are as per their guidelines or not. The decision of the host is made 6 -7 years in advance to the next world cup. It has been the very rare that the host of the world cup is announced at the same time. Like FIFA World Cup 2018 is hosted by Russia, and 2022 is hosted by Qatar. Where Qatar becomes the first Middle Eastern country to host the next tournament.

The year 2018, became the 21st year to see the international Mens Foot ball tournament. This time the Tournament is held at Russia, the first east European Nation to host this tournament. The match started from 14th June 2018 and the final will be held on 15th July 2018 at Luzhniki Stadium in Moscow. Of 32 teams participating in this tournament of which only 6 teams are remaining of which only 10 will go in Semi final. And then two will lead their way to finale, and finally one will win. The remaining ten nations are: France, Uruguay, Russia, Croatia, Brazil, Belgium, Sweden Colombia, England and Switzerland.

With last time defending champions- Germany and one of the strongest Team- Argentina out of the tournament all eyes are on who is going to win this time. It is anybodys game; it is difficult to predict who will win as all the teams are equally strong and equally weak. Match on 3rd July 2018 are between Sweden V/s Switzerland Colombia v/s England. Whichever two teams win will battle it out in the next match. And on 6th of July the matches are between Uruguay and France and Brazil and Belgium. Lets see if Brazil can maintain its winning streak or will they be defeated by the opposition team.

The winners ofFIFA World Cup 2018 in these two tournaments will then on the 7th there is a match between the host team (Russia) and Croatia. This will be worth a match as it is first time that an east European nation would reach to the semi final. Semi Final will be played by all the winning teams of Quarterfinals and then on the 15th July. The 1 month festival will come to an end when someone takes the trophy to their country. All we can say to all the teams ofFIFA World Cup 2018 is all the best. And the best team win the world and reign for next four years.
Share: