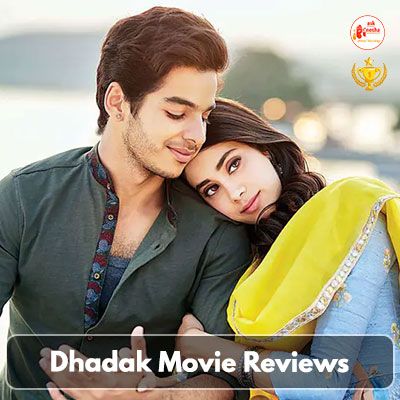 Karan Johar has donned the cap of a producer, this time with the movie named Dhadak. This movie has new names and faces in front of the cameras. Once again star- kids are being launched with this film. In the lead, there are Jhanvi Kapoor and Ishaan Khattar. These two are a part of the illustrious and long line of film background. This is the first time for the two. Dhadak is being directed by the director Shashank Khaitan, who has directed films like Humpty Sharma Ki Dulhaniya, Badrinath ki Dulhaniya, and Ishaqzade. This is a new age love story for those who believe in one love for Lifetime.

Brief bio of the Star Cast:

Born on March 6th, 1997 Janhvi Kapoor is the -daughter of Producer, Director Boney Kapoor and Late Sridevi Kapoor. Look almost like her mother, Janhvi Kapoor is all set to marks her debut with the film Dhadak. Sri Devi, who passed away on 24th February 2018, did not get to see her daughters debut venture. She is very professional and completed her work even after the sudden demise of her Mother.

Born on the 1st November 1995- Ishaan Khatter is the son of Actress Neelima Azeem and actor-director Rajesh Khattar. He is the half-brother of veteran actor Shahid Kapoor and has featured as a child actor with him in one of his film (Vaah! Life Ho Toh Aisi!). This was supposed to be his debut movie, but he was a part of another project called- Beyond the clouds, this movie showed the bonding between the siblings and that to when they are street hustlers ad drug peddlers. In this movie, because of his acting prowess, he could do the role of a person more matured and more aged person. Dhadak may be his second movie but this is going to set his foot firm on the soil of the film industry.

When two worlds collide; they become one:

This is the famous rather infamous tagline of the film Dhadak. This film is the official Hindi remake of the super hit Marathi film Sairat. Only this is the story is based in the picturesque land called City of Lakes or Udaipur. The location and the story make the film worth every penny spent. This is the story of love and passion, dedication and belief that the love they have will last forever. This film in words of its director is an inspiration of the Marathi blockbuster, yet it is different. Although, The Audiences are waiting for 20th July 2018 for the release of the film, and this film will be a litmus test for the two budding talents of the film industry.

This is a story of Madhukar (Ishaan Khattar) and Parthavi (Janhvi Kapoor). From the instant, they set their eyes on each other the time stopped for them. They felt an instant connection and love was so pure that it was nothing more than they require. They love blossomed between them, creating many problems from family to society, this is a story about their pristine love and their triumph over all the problems and their uncertain fate, to live a life they desire with each other forever.

We wait till 20th July 2018 to see the audience response from the trailer to the initial unofficial reviews this film is a sure shot hit and is going to enter the 100 crore club. We have to watch out for the two new faces, especially Janhvi Kapoor since this is a film that is going to be coming out after the untimely Sad demise of her mother.
Share: