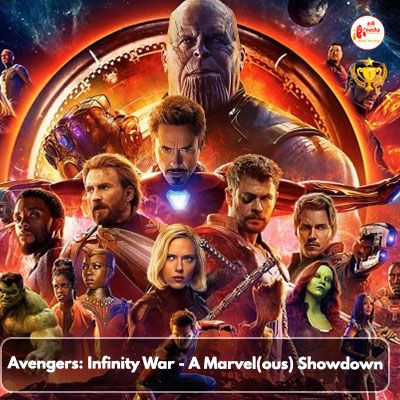 Share:
Avengers: Infinity War Super heroes are back again: Its been long since we last heard or saw Captain Marvel, Hulk or even Spider Man. All the super heroes are back again to save the world from the ultimate destruction and from the cruel intentions of the villain Thanos are ended with the marvellous team of Marvel Super heroes and their infinity power. This time it was more than the last time, the director duo delivered to the promises that they said. This time it was best better and yes even more, not only in terms of character but with terms of the story line.

More than 20 actors (Male and Female) , came together for this magnum opus film and this time it was new as all the super heroes like Thor, Iron Man, black Panther and black widow all come together to save the universe from the destroyer Thanos. A decade and 18 films later, we saw a war against the super powers colliding together, so that the universe is restored to its former glory. The colliding of Good powers of the Avengers and the evil powers of Thanos is an interesting blend of mixture, which is worth a watch.

Looking for something more:

The Director Brother duo- Anthony and Joe Russo, when come together they bring something new with every Avengers and clubbing superheroes to secure the world is their fantasy coming alive. A self proclaimed comic and super hero fanatics, they took upon themselves to create such marvel on screen that left an inedible mark on this as well as future generations to come. Avengers Fans are never disappointed as, with each movie something new is been served to the audience, which suits the taste buds of all the movie buffs. This time the usual avengers gang had many more friends joining the force to stop the Villain Thanos to take over the universe.

Characters of the Avengers: Infinity War:

The fans of this movie were very happy as they were able to see many of their favourite superstar and super heroes in one film. All rate this move a 4.9 out of 5. A formula for success and hit for sure a movie for all ages.