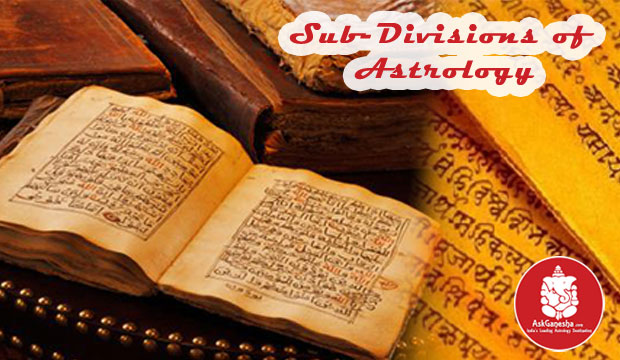 About Sub-Divisions of Astrology

Astrology has been the domain of sages and Brahmins. Sages from pre Vedic era had very good knowledge of Astrology. There are three main sub-divisions of Astrology.

(1) Samhita: This deals with collectivity or multitudes. It encompasses such varied areas as weather forecasts, agricultural produce, natural disasters, floods, famines, wars, earthquakes, cyclones, market trends, changes in government, national and international events, and virtually anything that influences the masses. The annual world predictions which are generally based either on Hindu New Year commencing on the Chaitra Shukla Pratipada, or on the solar Ingress into Mesha, fall under the Samhita astrology.


(2) Siddhanta or Tantra or Ganita: This deals with the mathematical aspects of astrology. There are several treatises on Siddhanta Astrology but five among them are considered as particularly important.

A proficiency in these is considered as a prerequisite for a good astrologer, according to the celebrated Varahmihira

a) Individual horoscopes, or Jataka, or natal charts of a person.

b) Muhurta or electional Astrology, which concerns itself with the election of favorable planetary dispositions to achieve specific accomplishments in day-to-day life.