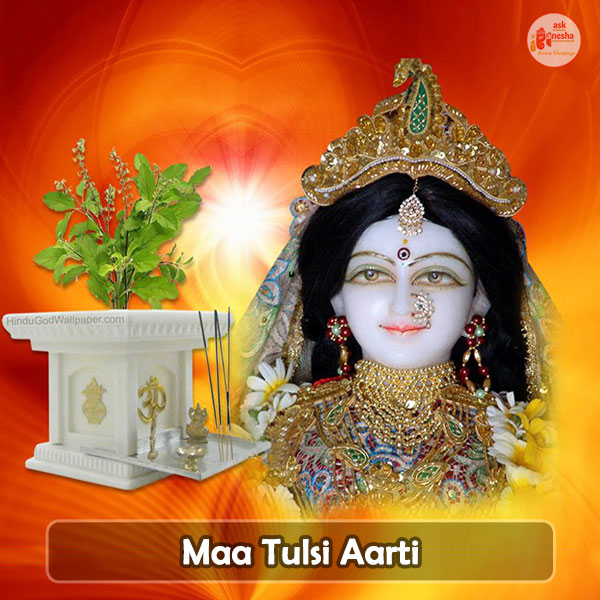 Tulsi or Basil is the plant which you can easily find in a majority of Hindu households. Every morning the members of the house offer water, incense and flowers to the holy plant. In the evening, oil lit diyas are placed in front of the plant to offer respect. Ever wonder the reason of the popularity of the Basil plant in Hindu household compared to other plants. It is simply because the Tulsi plant is the Goddess’s Avatar as per the Hindus. She is adored by Lord Vishnu and Hindu rituals consider the presence of Tulsi leaves in the Puja ceremony to be very special. The basil plant is scientifically proven medicinal plants and is used in the making of several benefits. It is an important herb which is used in Ayurvedic treatment and is used to cure many diseases like cold, cough and other ailments. The plant is also believed to purify the atmosphere and act as a mosquito repellent.

Tulsi is known as Vrinda in Hindu scriptures. She is described as a breathtaking woman who born to an evil king, Kaalnemi. She got married to a man born out of the fire of Lord Shiva’s third eye, Jalandhar. Jalandhar instantly fell for the beautiful Princess Vrinda, a devoted and spiritually engaged woman.


Vrinda was the true devout of Lord Vishnu, whereas Jalandhar was anti-Gods. Yet, the destiny brought them together. It is said, that after getting married to Vrinda, Jalandhar became unconquerable because her spiritual dedication grew his strength. Even Lord Shiva himself could not defeat Jalandhar. With exceeding arrogance, he aimed to become the Supreme Power of the Brahman (Universe) by defeating Lord Shiva.

While Jalandhar was indulged in a battle with Lord Shiva, lord Vishnu came to Vrinda camouflaging as Jalandhar. Vrinda could not recognize Him at first and went on to greet Him, mistaking him to be Jalandhar. But it didn’t take her long enough to realise that he was not her husband. One touch was enough to make her realise this. Her belief was shattered and Jalandhar became helpless. Realizing her mistake, Vrinda asked Lord Vishnu to reveal himself. She was devastated upon learned that she had tricked by the lord she had been worshipping for years.

Seeing Lord Vishnu concealing as Jalandhar and tricking Vrinda to break her chastity, she cursed Lord Vishnu. She cursed him to turn into a stone. Lord Vishnu accepted the curse and he turned into the Shaligrama stone, found near the Gandaka river. This marked Jalandhar’s defeat and Lord Shiva’s victory. Jalandhar was killed, being unprotected by the chastity of his wife. Vrinda was so heartbroken that she decided to end her life. She then turned herself into the Tulsi plant which has been worshiped ever since.

The requisites to proceed with the Aarti include flowers, bell, incense stick, uncooked rice, dhoop batti, a copper lota, Diya along with oil and batti. Begin with lighting the diya in front of the goddess’s plant. Then light the incense sticks and begin the Aarti as you ring the bell continuously, followed by offering the flowers and rice to the Goddess. You can keep some fruits as the Prasad, to distribute after the Puja. Offer water to the goddess.

A fast must be observed to appease the goddess. You can perform the Aarti in the temple or your house and later on offer food and clothes to poor.

Tulsi is a plant that is multipurpose and is considered to be extremely auspicious by the Hindu devotees. The Tulsi aarti must be conducted regularly to achieve peace of mind and attain a calm attitude towards the mis-happenings in life. Goddess Tulsi protects her devotees from all kinds of ailments and diseases. She is capable of curing the diseases.

The goddess mother paves way for salvation for those who worship her with true devotion. She leads them to the path of moksha and helps them attain it.